The average price of detached houses sold in Vancouver has plunged more than $1-million over a 16-month period, a 33-per-cent decline as the downturn in real estate deepens, newly released statistics show.

Within the City of Vancouver, the price for detached properties averaged $2,070,030 last month for sales on the multiple listing service, down sharply from $3,080,563 in October, 2017, according to an analysis of publicly released sales data by real estate agent Steve Saretsky. The last month that Vancouver’s average detached price dipped below $2.1-million was in February, 2015.

Vancouver’s market nosedived as a host of factors have hit the city, including an array of taxes introduced by the provincial government, higher interest rates and the federal stress test that toughened borrowing rules. The pricing plunge means homeowners who bought during market peaks have watched hundreds of thousands of dollars in equity evaporate, industry experts say.

Total residential sales last month in Greater Vancouver declined to 1,484 transactions, down 32.8 per cent when compared with a year earlier. Total listings for detached homes, condos and townhouses in the region have soared 48 per cent over the past year to 11,590 properties for sale last month, according to the Real Estate Board of Greater Vancouver (REBGV).

Within the City of Vancouver, the average price for detached properties sold last month declined 22 per cent compared with February, 2018.

“It’s a combination of factors coming together at once, and you can call it a perfect storm,” Mr. Saretsky said in an interview on Thursday, predicting that prices have room to fall further in 2019 while sales volume in March could tumble to levels last seen in the mid-1980s. "You would get real pain. People already have been borrowing up to their eyeballs,” he said.

Since February, 2018, the BC NDP government has rolled out tax measures designed to cool off what had been a red-hot housing market. Those measures include what the government calls a speculation and vacancy tax targeted primarily at out-of-province residents who don’t rent out their homes, as well as new B.C. taxes imposed on properties valued at more than $3-million, such as an additional land-transfer tax and an annual surtax.

In August, 2016, the previous BC Liberal government introduced a 15-per-cent tax on foreign buyers in the Vancouver area, contributing to the detached segment’s slump during the second half of 2016 and early 2017. “The foreign-buyers tax was a psychological shock, but it wore off in 2017,” Mr. Saretsky said.

On Jan. 1, 2018, Canada’s banking regulator implemented a stress test, making it more difficult for buyers to qualify for mortgages.

After a choppy recovery in the housing market in 2017, the BC NDP government raised the foreign-buyers tax to 20 per cent in February, 2018, and also expanded the tax to other urban markets in the province.

The drop in average detached-home prices in Vancouver over the past 16 months is much sharper than what had been predicted by economists, who had forecast a soft landing for Canada’s most expensive housing market.

Mr. Saretsky released his analysis days after the REBGV reported that February sales for various housing types in the Vancouver area tumbled to a 10-year low.

While the condo market has also been affected, Vancouver’s affordability crisis lingers with prices remaining out of reach for thousands of prospective first-time buyers. The average price for condos sold within Vancouver’s city limits averaged $855,622 last month, down 12 per cent from a year earlier.

“The last government chose to look the other way as B.C.’s housing market spiralled out of control,” BC NDP Finance Minister Carole James said in her provincial budget speech last month.

The opposition Liberals say the NDP government’s speculation tax is misguided. But Josh Gordon, assistant professor at Simon Fraser University’s School of Public Policy, supports the speculation tax, arguing that too many buyers had been treating Vancouver as a resort. “The problem with becoming a resort area is that housing becomes very expensive for local working people, and local innovative businesses face intense challenges when they try to expand,” Prof. Gordon said in a research paper released this week.

A recent report by Urban Analytics Inc. for the Urban Development Institute said Canada-China trade uncertainty continues months after authorities arrested Huawei Technologies Co. Ltd. chief financial officer Meng Wanzhou as she was transiting through Vancouver International Airport. “It will be interesting to see if the recent strain in relations will have any notable impact on Chinese demand for real estate in Vancouver,” Urban Analytics said.

Home prices jumped 40 per cent in Vancouver. Where are all the cranes?
December 13, 2016 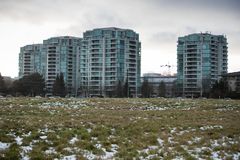 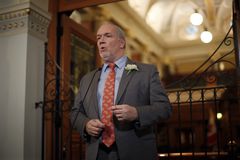