When the Canadian Business Growth Fund launched in June, 2018, backed by many of the country’s largest financial institutions and championed by Ottawa, it arrived with high expectations, a broad mandate to fund Canadian companies – and faced a lot of skepticism.

“We launched not knowing what we would find,” says CEO George Rossolatos, a veteran private equity investor and entrepreneur. “It wasn’t quite clear what the market would be like and if we would get a response.”

Two years on, CBGF has invested $128-million in 14 companies in five provinces. It has backed some of Canada’s fastest-growing enterprises, including Saskatchewan’s Vendasta Technologies Inc., a small business software provider, and Oakville, Ont.-based online education provider SMARTeacher Inc., which operates as Prodigy.

“It’s gotten off to a very good start,” said Victor Dodig, CEO of Canadian Imperial Bank of Commerce and one of fund’s initial backers. “A team has been built, they’ve been investing in companies, awareness has been rising. The next phase is how we make it more national in scope.”

CBGF has also emerged as one of the busiest backers of Canadian businesses during the pandemic. On Friday it announced its sixth deal in the past four months, leading a $24-million investment in Winnipeg-based Librestream Technologies Inc., which helps industrial workers in remote locations communicate with one another. Since late February CBGF has invested $39-million in four software companies in Toronto and Halifax, environmental waste management company Environmental 360 Solutions of Pickering, Ont., and auctioneer MaxSold Ltd.

“Demand has been off the charts, and now COVID-19 is kicking that demand to a whole other level for growth capital,” Mr. Rossolatos said. “All these companies will need more capital to come out of [the pandemic] … and I think we’re going to accelerate into this. We’re going to lean into COVID.”

The fund was created to buy minority stakes in growing Canadian companies generating $5-million to $100-million in revenue. It provides “patient capital” to help them stay independent longer, rather than sell out. Unlike venture and private equity funds that have finite periods for investing and reaping returns, CBGF was meant to fill a gap as an “evergreen fund,” providing $3-million to $20-million to technology, manufacturing and service companies with no defined end date for its investments.

The idea of a made-in-Canada, bank-backed fund to support homegrown companies – modelled on Britain’s Business Growth Fund – was championed by Mr. Dodig in 2015 and Bank of Canada’s then-governor Stephen Poloz, and pushed by Finance Minister Bill Morneau at the behest of his economic advisers. Originally envisioned as a $1-billion capital pool, the fund started with $545-million from nine Canadian banks, three insurers and Alberta’s ATB Financial, with the goal of raising the rest later.

Not all banks were keen at first and some observers wondered whether CBGF would produce sufficient returns or crowd out other private sector investors, a criticism the British fund faced. There were concerns a new fund with a broad agenda, pushed by government and funded by banks before the fund’s management was selected, would be challenged to establish its credibility.

“I was a bit skeptical,” said Chad Bayne, co-chair of law firm Osler, Harcourt and Hoskin LLP’s emerging and high-growth companies practice. “It seemed much more that they were going to invest in the auto parts business or the telephone repair business” – two of the fund’s earliest deals – rather than globally minded technology companies.

To lead the fund, the sponsors picked Mr. Rossolatos, 48, co-founder of Bay Street private equity firm TorQuest Partners who spent seven years leading Toronto security company Avante Logixx Inc. With his experience he was seen as an ideal candidate to “understand the needs and challenges of smaller businesses,” said CBGF chair Dale Ponder, national co-chair of Osler. Mr. Rossolatos, who worked in the Ottawa auto repair shop of his father, a Greek immigrant, at a young age, says he was keen to lead a fund that “would fill a bigger hole in the economy than another buyout fund.”

Ms. Ponder’s Osler colleague Mr. Bayne played a critical role in helping CBGF. He suggested it focus more on high-potential technology companies. And he helped it draft funding offers that were better suited to growing companies than the private equity deals Mr. Rossolatos was used to. “They were very willing to listen,” Mr. Bayne said.

Mr. Bayne also sent some clients to CBGF, including Prodigy, one of Canada’s fastest-growing companies, which was in talks with Silicon Valley investors for its first outside investment in late 2018. “I probably would not have taken a meeting [with CBGF] if it wasn’t for that personal introduction and Chad’s endorsement and their willingness to work with companies [and be] very founder-friendly,” said Prodigy CEO Rohan Mahimker. Mr. Mahimker liked what he heard from CBGF, believing it would provide the kind of guidance Prodigy needed to mature some of its internal and governance processes without “telling us how to run the company,” he said. CBGF invested $15-million in April, 2019 – much less than other capital providers wanted to invest but all Prodigy needed.

Now, with U.S. private capital funders unable to travel to Canada – and generally unwilling to invest in companies and management they haven’t met face to face – Mr. Rossolatos believes his fund has an advantage as it continues to meet and fund domestic companies during the pandemic. “Things are lining up,” he said. 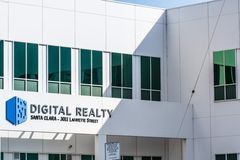 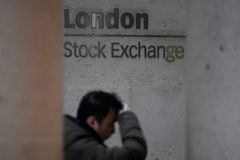 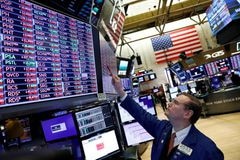