The Bank of Canada has abandoned talk of hiking interest rates, saying the economy still needs low rates to counter a global economic slump and weak business activity at home.

The central bank left its key interest rate unchanged at 1.75 per cent on Wednesday, and made no mention of raising rates, a promise it had made consistently in its statements for the past year. And while the bank isn’t openly talking about cutting rates, it seems to have opened the door a crack to the possibility.

Bank of Canada Governor Stephen Poloz said the economy will grow much more slowly than expected this year. He blamed a barrage of factors, including global trade disputes, slumping investment in the oil and housing sectors, Ontario Premier Doug Ford’s relatively austere provincial budget and the harsh winter weather.

All of that prompted the bank to announce a major downgrade in its forecast for growth in Canada this year – to 1.2 per cent, from an estimate of 1.7 per cent just three months ago. The bank estimated the economy grew at an annual rate of just 0.3 per cent in the first three months of the year.

If the bank is right, 2019 would be the weakest year for the economy since 2016, when the country was grappling with the fallout of a precipitous slump in the price of oil.

For borrowers, an official halt to hikes by the Bank of Canada means rates on mortgages and other loans may already have peaked, at least in the foreseeable future. Rates on five-year fixed mortgages have fallen more than half a percentage-point in recent months. The news is less good for people dependent on bonds and other fixed-income investments.

“It certainly looks like we’ve hit a peak,” said economist Benjamin Reitzes, a rates strategist at Bank of Montreal.

But that doesn’t mean the Bank of Canada is poised to move into rate-cutting mode, he said.

“The Bank of Canada is not looking to push rates higher any time soon, but they’re not looking to cut rates either,” Mr. Reitzes added. “The bar to move at all is pretty high at this point.”

Speaking to reporters in Ottawa, Mr. Poloz said an eventual rate hike is still “more likely” than a cut.

Nonetheless, the central bank is now significantly more pessimistic about the economy than most private-sector forecasters. The consensus among economists is for Canada’s economy to grow 1.5 per cent this year.

Among the optimists is Louis Vachon, chief executive of Montreal-based National Bank of Canada, who says the healthy labour market bodes well for the rest of the year.

“Just about everywhere we go in Quebec and the rest of the country, the biggest issue with companies and clients is lack of manpower, which suggests that the economy is still strong and the labour markets are very, very strong,” he said in an interview. “Unless we have some kind of macroeconomic or geopolitical negative surprise, I think we have sufficient momentum for the next six or 12 months. After that, the crystal ball gets awfully hazy.”

Mr. Poloz characterized the slow start to the year as a “bit of a detour” rather than a permanent setback, adding that a rebound may already be under way.

“In theory, we are into the positive frame already,” he said. “But we don’t have the numbers [to know for sure].”

The current bout of economic weakness is not unique to Canada, Mr. Poloz insisted. He said the country is among nearly 50 export-dependent nations suffering from trade-related uncertainty, marked by rising protectionism in much of the world.

The central bank said it expects inflation to remain tame at an annual rate of about 2 per cent – even after this month’s imposition of a federal carbon tax in four provinces. The bank estimates the tax will add a modest 0.1 per cent to the national inflation rate.

Interest-rate relief "continues to be warranted,” the bank said in a statement accompanying its rate announcement. “We will continue to evaluate the appropriate degree of monetary policy accommodation as new data arrives.”

Higher borrowing costs and tighter mortgage rules “appear to be having larger and more prolonged effects on residential investment” and some rate-sensitive consumer spending, the bank said in its latest monetary policy report, also released on Wednesday.

In the oil sector, the bank said “ongoing adjustment” to lower oil prices and transportation bottlenecks is weighing heavily on drilling activity and other investments. The bank says investment in the oil and gas sector in 2019 will be 20 per cent lower than it was in 2017. That follows a drop of 50 per cent between 2014 and 2016.

The bank says the housing sector is showing early signs it may be stabilizing, particularly in and around Toronto. But it acknowledged that there could still be more downside in the Vancouver area and Alberta. 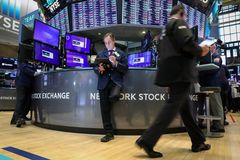