The Bank of Canada is expected to further trim its government bond buying this week, weighing a strong employment rebound and growing business optimism against a rise in COVID-19 Delta variant infections around the world.

At the same time, there are risks to the growth outlook that will force the bank to proceed with caution. The highly contagious Delta variant is spreading rapidly in some countries. Global bond yields fell sharply last week, leading some commentators to suggest that market expectations for economic growth and inflation have plateaued.

For central bankers, expanded mandates can muddy the waters

The recent positive Canadian data, on top of several months of higher-than-expected inflation, should give the central bank conviction to move ahead with another cut to its weekly federal government bond-buying program, known as quantitative easing, analysts argued. The consensus view among economists is for the bank to reduce its pace of QE purchases – which are designed to hold down interest rates and encourage borrowing – to $2-billion a week from $3-billion.

In April, the bank cut its QE purchases by a quarter and pulled forward its timing for a potential rate hike to second half of 2022 from 2023, becoming the most aggressive major central bank in unwinding the emergency stimulus launched last year.

Since then, other central banks have followed the BoC in adopting a more hawkish tone. In June, the U.S. Federal Reserve indicated that it expects to raise interest rates by late 2023, instead of its previous 2024 timeline. However, minutes from the Federal Open Market Committee’s June meeting, published last week, show the committee divided in its views on inflation and cautious about moving forward with the first cut to the U.S. quantitative-easing program.

Along with its monetary-policy decision, the Bank of Canada will release its latest economic forecast on Wednesday in its quarterly Monetary Policy Report. Avery Shenfeld, chief economist at CIBC World Markets, expects the forecast to be largely the same as in April.

“The bank will point to good progress on vaccines and the reopening of services in June as reason enough to make no downgrades to the overall outlook for 2021-22. But a forecast upgrade wouldn’t be warranted, with the global outlook clouded by the Delta variant,” Mr. Shenfeld wrote in a note to clients.

The bank will likely have to adjust its inflation outlook after Consumer Price Index inflation came in above the bank’s projections. CPI inflation was 3.4 per cent in April and 3.6 per cent in May, putting it on track to exceed the bank’s 2.9-per-cent forecast for the second quarter.

“Whatever the actual facts are of the transitory/persistent inflation debate, the bank has repeatedly signalled that they believe inflation will moderate from here,” Mr. Kelvin wrote in a note.

“We don’t think we’ve seen enough data to declare a winner in this debate, so there is no reason for the bank to change their view on the topic.

“Look for the bank to cite the substantial slack still in the economy, as demonstrated by the elevated unemployment rate and wide output gap, as the major factor driving moderation in price pressures going forward,” he wrote. 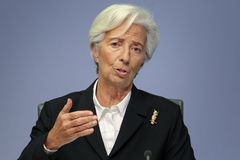 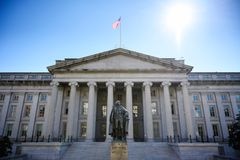 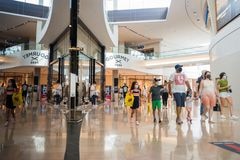