The Bank of Canada is widely expected to hold the line on monetary policy this week after a series of economic releases showed weaker-than-expected growth even as inflation hit a decade-high.

The rate announcement set to take place on Wednesday poses a communication challenge for the central bank. Inflation and economic growth are sensitive topics in an election campaign focused on cost of living, housing affordability and competing promises to accelerate the recovery from the pandemic.

Gross domestic product numbers, published last week, show the Canadian economy unexpectedly shrank 1.1 per cent on an annualized basis in the second quarter, around 3 per cent below the bank’s most recent estimate. At the same time, the latest inflation numbers show consumer prices increased 3.7 per cent in July compared with the previous year, the biggest jump since 2011 and well above the bank’s inflation target range.

The bank will need to acknowledge this data, and the rise in Delta-variant COVID-19 cases, while staying above the political fray. The statement-only rate announcement will be followed the next day with a speech by bank Governor Tiff Macklem.

“If the Bank of Canada were to talk up the risks following the weaker [GDP] report, it runs the risk of being pulled into the election campaign,” Benjamin Reitzes, Canadian rates and macro strategist with Bank of Montreal, wrote in a note to clients.

“Accordingly, in an effort to remain apolitical, expect the bank to soft-peddle the weakness in growth, and emphasize that there’s plenty of uncertainty.”

Analysts are not expecting the bank to announce further reductions to its government bond purchases, known as quantitative easing (QE), this week. Mr. Macklem, however, may give additional details about the future of the program in his Thursday speech, which is titled “QE and the reinvestment phase.”

The bank has trimmed its QE program twice since April. It’s now targeting $2-billion worth of government bond purchases a week, down from $5-billion at the start of the pandemic.

Any decision to raise interest rates is still a long way off. Mr. Macklem has promised to hold the bank’s policy rate at 0.25 per cent until slack in the economy is absorbed. Slack is generally understood in terms of the “output gap” between what the economy can produce and what it is producing. The bank’s most recent projection shows the output gap closing in the second half of 2022.

Last week’s unexpectedly bad GDP data could force the bank to recalibrate its expectations for the economy, pushing the timing for the first interest rate hike out beyond the second half of 2022. That said, economists are not expecting major revisions to the “forward guidance” in this week’s announcement.

The bank typically holds off on significant changes until it has updated economic projections in its quarterly monetary policy report (MPR). The next MPR will be published alongside a rate decision on Oct. 27.

“It would be more than fair for the BoC to acknowledge the weaker growth, while emphasizing the significant amount of data until the October 27th MPR and the need for a full projection round,” Royal Bank of Canada rates strategist Simon Deeley wrote in a note to clients.

“Yet, the risks seem very much skewed to a later timeframe than the [second half of] 2022,” he wrote, referring to the timing for the first interest rate hike.

The bank has said repeatedly it believes the recent run-up in inflation is a temporary phenomenon, caused by a combination of supply-chain disruptions, shifting consumption patterns as lockdowns end, and year-over-year comparisons to lower prices early in the pandemic.

“We expect the factors pushing up inflation to be temporary, but their persistence and magnitude are uncertain, and we will be watching them closely,” Mr. Macklem said at the last rate decision in July.

The bank is not alone in making this argument. U.S. Federal Reserve chair Jerome Powell used a high-profile speech to the Jackson Hole Economic Symposium two weeks ago to argue soaring inflation will likely prove transitory.

“The spike in inflation is so far largely the product of a relatively narrow group of goods and services that have been directly affected by the pandemic and the reopening of the economy,” Mr. Powell said.

The bank’s latest economic projections show inflation in Canada remaining above 3 per cent for the rest of the year, before returning closer to the 2-per-cent target next year. It does not expect inflation to return sustainably to 2 per cent until 2024.

A dramatic rebound in hiring could throw the Bank of Canada’s inflation expectations for a loop
Subscriber content
July 19, 2021 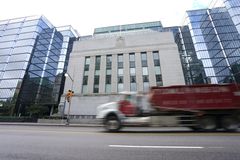 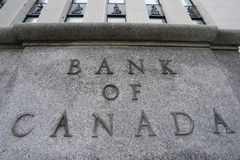 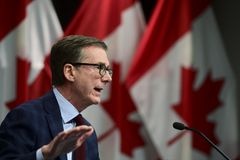