The Bank of Canada said it will end its program to buy provincial money-market securities and further reduce its purchases of federal government treasury bills, as the central bank continues to scale back its emergency market supports launched in response to the COVID-19 crisis.

The central bank said In a news release that the decision reflects “the continued improvement in the functioning of short-term funding markets and financial markets more generally.” The size of both programs had already been reduced twice in recent months, reflecting a return to healthier markets as the deepest fears of the pandemic subsided.

Effective next Monday, the Bank of Canada will shut down the provincial money market program under which it has been buying a share of every new issue from provincial governments since March. A week later, on Nov. 24, the bank will reduce its Government of Canada t-bill purchases to between zero and 10 per cent of each weekly auction, down from its current commitment to buy a firm 10 per cent.

Both programs involve short-term debt – maturing in 12 months or less – that governments rely on to provide funding for day-to-day operations. The market for these securities came under serious strain during the early weeks of the pandemic as governments were hit with a surge in urgent spending needs and, at the same time, sharp declines in near-term revenues.

In March, the Bank of Canada pledged to buy up to 40 per cent of new provincial money-market issues, which helped restore order to the misfiring markets and cooled the surging borrowing costs for provinces. In April, the bank similarly raised its limit under an existing federal t-bill purchase program to 40 per cent.

But as order returned to funding markets, the bank reduced the targets to 20 per cent in July, and then to 10 per cent in September.

The return to more normal market conditions also prompted the bank recently to discontinue its purchases of other financial instruments, including bankers' acceptances and Canada mortgage bonds.

The central component in the bank’s market measures – its large-scale purchases of Government of Canada bonds, the federal government’s long-term debt – remains in place, although the bank announced in late October that it would reduce its weekly minimum to $4-billion from $5-billion. Those purchases constitute the bank’s quantitative easing program – a strategy whose primary focus is to stimulate the economy by lowering long-term interest rates.

The bank’s programs to purchase provincial-government and corporate bonds also remain intact, although demand for both has declined significantly since the spring.

Even with the bond programs still in place, the bank’s retreat from other purchases has allowed its balance sheet – the bank’s total holdings of financial assets – to go into modest decline, reversing some of the dramatic swelling caused by the bank’s aggressive buying and lending during the crisis. The bank held $526-billion in total assets as of the first week of November, down from a peak of $547-billion at the end of July – although it is still more than four times its pre-pandemic size.

The overall holdings of federal t-bills were about $70-billion as of the first week of November, about half of their peak at the end of July, as the short-term securities have been expiring faster than the bank has been adding new ones. Provincial money-market holdings have also declined, to about $5.3-billion from a July peak of $7.6-billion. 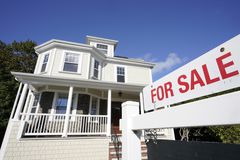