Ian McGugan
Published May 26, 2021 Updated May 26, 2021
For Subscribers
Comments
Text Size
Please log in to listen to this story. Also available in French and Mandarin. Log In Create Free Account

The Bank of Canada is closely monitoring the rise of cryptocurrencies and other digital forms of cash, but has no plans at the moment to launch its own digital loonie, a deputy governor said Wednesday.

Timothy Lane told a webinar organized by the Canadian Chamber of Commerce that while the Bank is concerned about a scenario where a handful of big tech companies could wind up controlling a large chunk of Canada’s payments system, it is not yet convinced that a central bank digital currency (CBDC) is the necessary answer.

“We don’t currently see a strong case for issuing [a digital currency], but the world is progressing very rapidly and probably even more so in the wake of the pandemic,” he said.

One challenge in launching a digital loonie would be finding the right private partners to provide the necessary technical expertise. Another would be striking the appropriate balance between anonymity and privacy.

If the Bank were to issue a digital currency, it would have to assure people that big government could not use the new form of money to monitor their private transactions, Mr. Lane said.

On the other hand, a digital loonie could not be entirely anonymous either, given the potential to use it for everything from tax evasion to collecting ransoms. Police and other authorities would have to be able to trace transactions under special circumstances – such as situations where they could convince a judge there were reasonable grounds to suspect the digital currency was being used in a criminal enterprise.

Canada is not the only country wrestling with questions around CBDC. China is already testing a digital renminbi while the U.S. Federal Reserve has promised to deliver a working paper on a digital greenback this summer. Dozens of other countries are also studying similar notions.

While bitcoin has grabbed most of the cryptocurrency headlines in recent months, Mr. Lane said the Bank sees a larger potential challenge in stablecoins, a type of digital token that attempts to peg its value to some external point of reference, such as the U.S. dollar.

“Unlike some of the current … cryptocurrencies like bitcoin where the volatility of the value makes them very unsuitable for routine payments, stablecoins actually do have the potential to penetrate the world of payments,” Mr. Lane said.

Widespread use of private stablecoins could create a financial landscape where a handful of tech companies dominate the payments system, accumulate large amounts of data on consumers and business, and use that information to develop new products that would further centralize power on private platforms, Mr. Lane said.

If that occurs, the Bank would have to ponder potential regulation. “It is important to ensure there is an adequate framework to ensure if they are adopted by a lot of people, then they will be safe.” 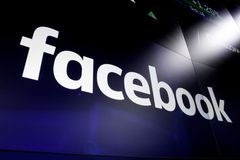 ROB Magazine
The Greatest Show on Earth: Why the world of traditional finance is embracing cryptocurrencies
Subscriber content
March 23, 2021 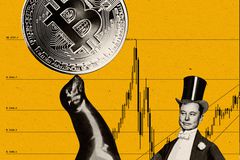 The trouble with bitcoin: Why the crypto craze can’t last
Subscriber content
March 16, 2021