For the second time in two months, the Bank of Canada has slashed its buying of federal government treasury bills and similar short-term provincial debt as it continues to scale back some of the emergency market supports it put in place to lean hard against the COVID-19 crisis.

In a news release Tuesday, the central bank announced that it would reduce its purchases in auctions of new federal T-bills – short-term government debt with a maturity of 12 months or less – to 10 per cent of each weekly auction, down from 20 per cent.

In a separate release, it said it would cut its share of auctions of provincial money-market securities – the provinces' equivalent to T-bills – to a maximum of 10 per cent, from the previous upper limit of 20 per cent.

The central bank cited “significant improvements in short-term funding conditions,” saying that its short-term liquidity programs put in place last March to grease the wheels of crisis-strained markets “are continuing to have their intended effect.”

The two programs involve purchases in what are known as government funding markets – where Ottawa and the provinces go to raise funds used in their day-to-day operations. In March, as the pandemic crisis quickly escalated and financial markets were hit by a severe liquidity crunch, the Bank of Canada pledged to buy up to 40 per cent of new provincial money-market issues. That eased pressure not only in misfiring markets, but on provinces whose short-term borrowing costs were surging at the same time as they faced urgent spending needs.

The bank followed that move in mid-April with a decision to increase its purchases at federal T-bill auctions to a 40-per-cent share, from its usual 20 per cent, to help smooth Ottawa’s market for its own rapidly rising short-term funding needs, as the government raced to implement emergency income-support programs for millions of Canadians who lost their jobs to the lockdowns.

But in late July, with the economy reopening and funding markets looking healthier, the bank reduced its purchases in the federal and provincial programs to 20 per cent. As the economic and market improvements have continued, it is now stepping back further – even taking its federal T-bill purchases below its typical share prior to the crisis.

The central bank said it may adjust its purchase levels further “if market conditions warrant.” It added that it “remains committed to providing liquidity as required to support the functioning of the Canadian financial system.”

The further reduction of the two programs reflects funding markets that increasingly look like they no longer need the Bank of Canada’s help. Ian Pollick, global head of fixed income, currency and commodities strategy at Canadian Imperial Bank of Commerce, noted that interest rates on T-bills have been “very low,” trading below the Bank of Canada’s key rate of 0.25 per cent – the result of a combination of strong investor demand and the central bank eating up a substantial portion of the available new supply.

The two programs are part of the Bank of Canada’s massive effort on multiple fronts to stabilize financial markets and keep credit flowing to governments, businesses and consumers during the crisis. The bank’s balance sheet has swollen to $535-billion, up more than fourfold from about $120-billion before the crisis, as the bank injected funds into lending markets and purchased short- and long-term government debt.

But with the pressures coming off the markets, demand for the central bank’s supports has fallen since midsummer. In addition to the reductions in the T-bill and provincial money-market programs, several other emergency programs have seen little use in recent weeks.

Nevertheless, Bank of Canada Governor Tiff Macklem last week played down speculation that the central bank might soon consider reducing the centrepiece of its asset purchases, its program to buy at least $5-billion a week of Government of Canada bonds.

“It’s really very premature to start talking about an exit,” he said. 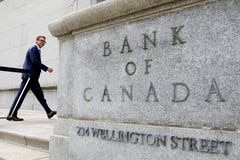 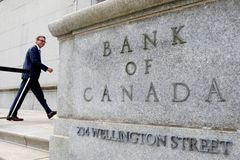 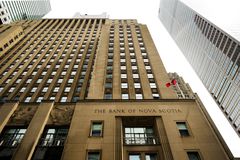