The Bank of Canada has undershot its $3-billion weekly target for government bond purchases in each of the past two weeks, saying that it has “operational flexibility” in managing the new, reduced size for its quantitative easing program that it put in place in late April.

The central bank bought $2.67-billion and $2.87-billion worth of federal government bonds in the past two weeks. Prior to this, the bank had hit its $3-billion mark each week since introducing the target in April.

The below-target purchases, which caught some analysts by surprise, come after the bank changed the language around its quantitative easing program on April 21, going from buying “at least” $4-billion a week to “a target” of $3-billion a week. That marked the second time the bank has scaled back the program, in what central bankers call “tapering.” Lower weekly bond purchases generally mean the bank is providing less stimulus to the economy.

“This change provides the bank greater operational flexibility to manage purchases every week,” bank spokesperson Alex Paterson said of the change in language. Mr. Paterson declined to provide further details, noting that bank officials are in the midst of a communications blackout period ahead of the bank’s next rate decision on Wednesday.

The future of money: The digital currency revolution is here, and may sweep away 5,000 years of monetary history

Ian Pollick, global head of fixed income, currency and commodities strategy at Canadian Imperial Bank of Commerce , said the below-target QE purchases may be evidence that the central bank is bumping into increasing resistance securing bond supplies – a consequence of the huge footprint the bank has in the government bond market, after more than a year of the program. The bank now holds more than 40 per cent of the total supply of government bonds, and an even bigger share than that for certain maturities.

“I don’t think it’s that the bank doesn’t want to buy,” Mr. Pollick said in an interview Tuesday. “There’s a scarcity impact here. Investors are becoming more reluctant to give up the bonds, because the amount of bonds available to the private sector is much smaller than it ever has been before.”

“That’s one of the reasons that we think the bank has to taper again.”

The QE program, launched in April, 2020, in response to the COVID-19 pandemic, is a form of monetary policy stimulus aimed at lowering borrowing costs when interest rates are already at rock-bottom. It does this by bidding up the price of benchmark government bonds and, thus, lowering their yields (bond prices and yields move in opposite directions). In its initial stages, the program also served to provide support to bond markets that had been badly destabilized by the pandemic.

“I don’t think of this as tapering by stealth,” Andrew Kelvin, chief Canada strategist at TD securities, said of the recent undershoots. “The way the Bank of Canada conducts these purchases, they don’t want to be purchasing securities at just any price that’s offered.”

In the early weeks of the QE program, the central bank’s purchases routinely exceeded the initial stated minimum of $5-billion a week, going as high as $6.65-billion in late April and early May, 2020. But by late July, as pandemic lockdowns eased and shaken financial markets showed evidence of stabilizing, the central bank got into a routine of keeping its weekly purchases either at or only very slightly over the $5-billion target, except in weeks shortened by statutory holidays.

The decision to taper the QE program in April, and to pull forward the timing of a potential rate hike to 2022 from 2023, meant the Bank of Canada was the most aggressive among major central banks in unwinding the emergency stimulus launched early in the pandemic.

Most economists expect the bank to further unwind the QE program over the second half of the year - something senior Bank of Canada officials themselves have signalled in broad terms.

“Looking ahead, further adjustments to the pace of net purchases will be guided by our ongoing assessment of the strength and durability of the economic recovery,” Bank of Canada governor Tiff Macklem said in April. “If the recovery evolves in line with or stronger than in our latest projection, then the economy won’t need as much QE stimulus over time.”

Few analysts expect the bank to change the pace of QE on Wednesday, but there is debate about whether the next taper will come over the summer or later on in the fall.

Mr. Pollick of CIBC believes the central bank will likely reduce the program again at its July interest-rate decision. That would both better align the bank with the evolving economic landscape and with the supply pressures in the market, he said.

“[The central bank] is just not able to fulfill the true size of its program because investors want to maintain the holdings that they have, given that it’s getting harder and harder to source the bonds,” he said. 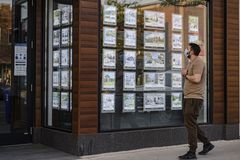 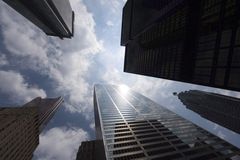 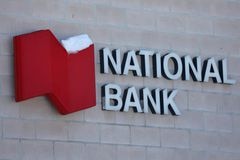