Bank of Canada Governor Tiff Macklem said the central bank is not concerned about a temporary spike in inflation that is expected to take Consumer Price Index growth to around 3 per cent in the coming months.

In an appearance before the House of Commons finance committee on Tuesday afternoon, Mr. Macklem was grilled about the bank’s inflation outlook.

The bank expects inflation to hit 3 per cent in the coming months, before dropping down closer to 2 per cent later in the year. This “blip” is largely the result of year-over-year comparisons for prices, such as gasoline or airfares, which took a major hit last spring, Mr. Macklem said.

“Monetary policy takes time to work. It doesn’t make sense to overreact to temporary factors that are going to work their way out,” he said.

Mr. Macklem’s appearance followed the central bank’s first significant step toward unwinding its ultra-stimulative monetary policy. Last Wednesday, the bank said it would reduce its pace of federal government bond-buying, known as quantitative easing, or QE, to $3-billion a week from $4-billion a week. The bank has been buying government bonds to hold down benchmark interest rates to make borrowing cheaper.

It also changed its forward guidance around the timing of a potential rate hike, saying an increase to the overnight policy rate could come in the second half of 2022 instead of 2023.

“Given that we’re going to hold [the policy rate] at the effective lower bound [of 0.25 per cent] until slack is absorbed, we probably will get some excess demand,” he said.

“And with that you’ll probably get inflation going a little bit over the 2-per-cent target. We have a control band of 1 to 3 per cent and we’re prepared to use it. That’s part of a flexible inflation targeting regime,” he said.

Mr. Macklem reiterated on Tuesday that the change in forward guidance does not guarantee that the bank will raise rates in 2022. There is still significant uncertainty in the bank’s forecast about when slack in the economy will be absorbed and when inflation will return sustainably to 2 per cent, he said.

“This is a very nasty third wave [of COVID-19 infections], we are not through it yet,” Mr. Macklem said. “In our base case projection, we have restrictions being lifted toward the end of May and in June. If that gets extended, if there are new variants, if there’s problems with vaccines, those would all have consequences for our economic outlook.”

He said there are additional downside risks to the economic outlook beyond the pandemic tied to trade with the United States.

“If the Canadian dollar were to be a materially stronger, that could undermine the competitiveness of our exports and create a new headwind for our exports,” he said.

“There are also some risks with respect to protectionism. The U.S. has a Buy America program. Hopefully Canada and the U.S. can sit down and work this out so that we can have an integrated North American market. But if there were new protectionist measures that limited our access to the U.S. market, for example, that would also dampen our exports,” he said.

There is also the possibility that the economy heats up much faster than the bank is projecting. (Last week, it revised its 2021 GDP growth projection to 6.5 per cent, from its previous forecast of 4 per cent.)

One driver of an overshoot could be Canadians spending more of their savings than the bank is expecting, as vaccines become widespread and lockdowns are removed. The bank is modelling that Canadians only spend around 15 per cent of the additional savings they have accumulated over the past year.

Is our long inflation vacation over?
Subscriber content
April 29, 2021 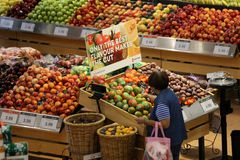 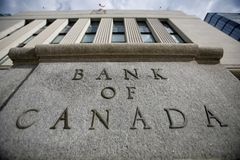 What’s driving the Canadian dollar higher? It may not be what you think
Subscriber content
April 28, 2021 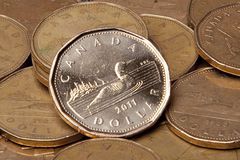