Bank of Canada Governor Stephen Poloz says banks and other lenders could boost the housing market by offering longer-term mortgages, and rejected critics’ calls for Ottawa to dial back stricter new lending rules.

Lenders often steer borrowers into five-year, fixed-rate mortgages when longer terms might help them get the home they really want, Mr. Poloz told a business audience in Winnipeg on Monday.

“There are compelling reasons why it would be helpful to make more use of longer-duration mortgages,” he said in a speech to the Canadian Credit Union Association and Winnipeg Chamber of Commerce.

Mr. Poloz is wading into a heated debate over tougher mortgage rules federal regulators introduced in 2016 and 2018. The centrepiece of those changes is a stress test that forces lenders to ensure borrowers can handle a hike of two percentage points in their interest rate.

Just 2 per cent of new home mortgages last year in Canada had terms of longer than five years, Mr. Poloz pointed out. Nearly half were five-year, fixed-rate mortgages. The rest were either of shorter duration or at floating rates.

Mr. Poloz told reporters it is “unfortunate” the Canadian mortgage market has become too inflexible. “It’s a call to arms,” he said of his speech.

Mortgage terms of 10 years, 20 years and even longer are common in the United States and elsewhere.

The problem for borrowers is that there is typically a significant price to pay for the certainty of a longer term. In Canada, the interest rate on a 10-year fixed-rate mortgage may be anywhere from 0.4 per cent to a full percentage-point higher than a comparable five-year mortgage. A 25-year mortgage could add five percentage points.

Many in the lending and real estate industry have lobbied Ottawa to relax its tighter mortgage rules, saying they have triggered a steep drop in home sales and new borrowing. Some pointed out that longer-term mortgages would not help borrowers meet the stress test.

Mortgage brokers said the federal government would likely have to create significant incentives before most borrowers and lenders would clamour for longer-term mortgages.

The rule requires borrowers to prove they could still afford their mortgages if interest rates were two percentage points higher than the contract rate they negotiated, which becomes more difficult as the base mortgage rate climbs.

He suggested the federal government could remove the stress test for terms longer than five years.

James Laird, president of mortgage brokerage CanWise Financial, said some borrowers also see a 10-year mortgage as a greater risk – rather than a safer bet – because they fear interest rates could move down over the mortgage period, rather than up.

“Many, many of them have to break early,” he said. “Life happens, jobs, relationships, people can’t predict what part of the country they’ll be in or who they will be buying with in 10 years. In some sense, five years is too long, since the average mortgage is less than four years.”

A Bank of Canada report last month concluded tighter mortgage rules were responsible for only a small part of the drop in home sales in Canada since 2016. Mr. Poloz blamed “shifts in housing price expectations" and “froth” in the Vancouver and Toronto markets.

“When those expectations are revised down, demand for houses can cool suddenly,” he said. “And this is what has happened.”

He pointed out that markets in many parts of the country “look quite healthy,” with solid resale activity, reinforcing the bank’s view that the mortgage rules are not hurting the broader real estate market. Even in Toronto, home resales are heating up again. Toronto home sales jumped about 11 per in April on a seasonally adjusted basis.

The tougher mortgage rules are “working as designed,” Mr. Poloz insisted. And by helping to curtail speculation, they have “worked to help keep houses from becoming even less affordable.”

He added that he’s confident the national housing market will “return to growth” later this year.

Mr. Poloz acknowledged that Canada’s mortgage-funding rules may discourage lenders from offering longer-term mortgages. Only insured mortgages can tap into Canada Mortgage and Housing Corp.’s government-backed Canada Mortgage Bond program. And most of these bonds are issued for five years, matching the “dominant” mortgage term, he pointed out.

Mr. Poloz also gave a nod to the federal government’s plan to offer “shared-equity mortgages” to first-time home buyers. Lower-income households will be able to get interest-free mortgages covering up to 10 per cent of the purchase price. 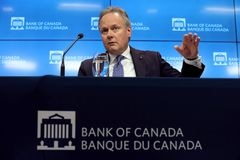 Why this long economic expansion ain’t over till it’s over
Subscriber content
May 6, 2019

Opinion
Non-standard workers make up 31 per cent of Canada’s workforce
Subscriber content
May 1, 2019 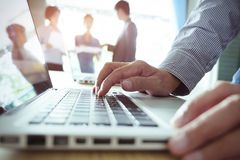 Follow Barrie McKenna and Janet McFarland on Twitter @barriemckenna @JMcFarlandGlobe
Report an error Editorial code of conduct
Due to technical reasons, we have temporarily removed commenting from our articles. We hope to have this fixed soon. Thank you for your patience. If you are looking to give feedback on our new site, please send it along to feedback@globeandmail.com. If you want to write a letter to the editor, please forward to letters@globeandmail.com.
Comments