Coronavirus information
The Zero Canada Project provides resources to help you make the most of staying home.
Visit the hub
David ParkinsonEconomics Reporter
Published March 11, 2020 Updated March 11, 2020
For Subscribers
Comments
Please log in to listen to this story. Also available in French and Mandarin. Log In Create Free Account

This can’t have been the way Stephen Poloz thought he’d spend his last months as Governor of the Bank of Canada.

Back in December, when Mr. Poloz confirmed that he wouldn’t seek a second term after his seven-year mandate ends in early June, he talked about spending as much of his remaining tenure as possible mentoring the bank’s senior staff in preparation for a transition to his successor. Of course, he was also going to stay on top of monetary policy, with the outlook suggesting he might – might – have to trim interest rates by a quarter-point before he headed out the door, to help the economy over a little soft patch. A little trim just to make sure all the ducks were in a row, then collect the gold watch and hand the keys to the next governor.

Sure, he was quick to add that “I have a tremendous amount of work to do between now and when I’m done.” But that’s just what you say when you don’t want people thinking that you’re too busy flipping through cottage magazines to keep your eyes on the road. The reality looked to be a fairly orderly drift toward the exit.

Then the novel coronavirus came along. And the Russians and the Saudis.

Now it looks like as though the toughest job in Mr. Poloz’s tenure may be his last.

Last week, the bank reduced its key rate by half a percentage point – the deepest cut since the financial crisis in 2009 – in response to the rising threat from COVID-19. Since then, prices for oil – a pivotal sector of the Canadian economy and the country’s biggest export – have fallen into a crevasse, as heavyweight producers Saudi Arabia and Russia wage a price war in an oil market already suffering from coronavirus-related slowdowns.

Now, economists are looking to Mr. Poloz for deeper cuts – much deeper. It’s not a question of if, but when, how much, how often, how low the central bank will have to go.

Will it cut by three-quarters of a point in its next rate decision, on April 15? Maybe, if the U.S. Federal Reserve reduces its rate by that amount when the Fed meets next week. Will it make an emergency cut before the scheduled April announcement? Maybe, if the level of panic keeps rising. Will Mr. Poloz have to drop the bank’s key rate to its financial-crisis low of 0.25 per cent – or even to zero – as his last act as governor? The notion, unthinkable a couple of months ago, looks entirely plausible today.

While the task won’t be easy, what has helped considerably is something Mr. Poloz did – or, more accurately, didn’t do – last fall, before anyone had ever heard of COVID-19. Canadians should thank the central-banking gods that we had Mr. Poloz stubbornly refusing to cut interest rates when his peers around the world were slashing theirs in fear of a trade war that never quite materialized. What raised eyebrows at the time looks pretty visionary today; by resisting the urge to deliver economic stimulus that clearly wasn’t needed, the Bank of Canada has more ammunition today to come to the economy’s aid when it faces serious distress.

It may need all of it.

Ottawa’s $1-billion coronavirus aid package announced on Wednesday will help address some near-term issues, but it’s not nearly enough to deliver any meaningful stimulus to the economy. Mr. Poloz has previously said it takes about $5-billion in government spending to stimulate the economy as much as a rate cut of one-quarter percentage-point.

Yes, Ottawa is expected to announce more in the coming weeks. But the Liberal government doesn’t have a great track record for quickly putting its grand plans into action. Witness the glacial pace of getting the infrastructure bank up and running, or the slow policy response to U.S. President Donald Trump’s corporate tax cuts in 2018. Besides, even the most quickly enacted government stimulus packages take longer to reach Main Street than an interest-rate cut, which can be delivered almost instantly. While Canadians wait for government help, rate cuts will have to hold the fort.

One task that may have become easier in all this is the choice of Mr. Poloz’s successor.

Carolyn Wilkins, Mr. Poloz’s second-in-command, was already considered a front-runner for the post before the current economic situation arose; now that it has sent the central bank into full-scale damage control, she should be the only choice. As the bank faces the prospect of a leadership change in the midst of its most active and challenging policy-setting phase in more than a decade, the value of continuity and stability can’t be understated. If ever there was a time for the selection committee to hand the reins to an experienced insider who is operating from the same playbook as the departing governor, this is it. 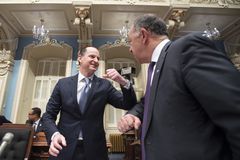 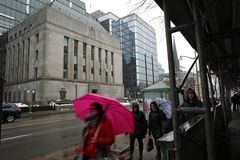 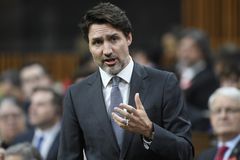