The Bank of England hit back at European Union criticism on Wednesday, saying British banks were fully prepared for any disorderly Brexit and that it was the EU itself which should act to prevent market disruption.

BoE Governor Mark Carney challenged assertions made by the EU’s banking watchdog, the European Banking Authority (EBA), on Monday that banks were inadequately prepared for a hard Brexit.

“With respect, the EBA’s comments earlier this week were incomplete,” Carney told a news conference. “They did not acknowledge the temporary permissions regime... which has been very clearly signalled by the UK government.”

This regime would allow branches of EU banks in London to continue operating after next March, when Britain leaves the EU, but the EU has yet to reciprocate for UK lenders operating in the bloc.

“While UK authorities are putting in place measures to address financial stability risks that can be dealt with unilaterally, the complete set of mitigants to the risks of a cliff-edge Brexit also rely on the efforts of EU authorities,” Carney told reporters.

The BoE’s Financial Policy Committee (FPC) said in a statement banks in Britain hold enough capital and do not need any more to cushion themselves against financial market turbulence if Britain leaves the EU without a transition deal.

On Monday, the EBA said banks had failed to make enough progress in their Brexit preparations and should not expect help from a “miracle” of public intervention.

The EBA said on Wednesday it was aware of Britain’s temporary permissions proposal, but that it required a legislative and political process to put into effect.

Carney said British authorities’ preparation of banks for Brexit had been “rock solid” and that the BoE continued to judge that the UK banking system could support the real economy through a disorderly Brexit.

The BoE said the EU needs to commit to action similar to Britain to ensure that 29 trillion pounds ($38 trillion) in derivatives held by British and EU banks and companies remain enforceable after March if there is no transition deal.

“The biggest barrier to addressing this issue is the EU regulators’ failure to accept and get to grips with the risk. This must not be drawn into the politics of Brexit – it is a technical challenge which needs a technical solution,” CityUK’s chief executive, Miles Celic, said.

In a sign of the BoE’s confidence in the ability of lenders to withstand a hard Brexit, the FPC said capital levels at banks could be left unchanged.

The so-called counter cyclical capital buffer or CCYB would remain at 1 per cent, binding from the end of November, the FPC said.

This buffer aims to ensure banks build up capital to guard against risks as the credit cycle picks up, which they can then draw on during a downturn. It applies on top of other internationally-required buffers.

The FPC said consumer credit continued to expand rapidly, but measures already taken to stop overheating were having an impact, with banks reporting a significant tightening of unsecured credit.

The FPC also said that next year it would launch its first pilot stress test to check on the ability of certain lenders’ payments systems to recover from a severe cyber attack within a predetermined amount of time.

Trade tensions and risks from the global economy had intensified, the BoE said, and Carney described recent developments in global trade politics as “concerning.” 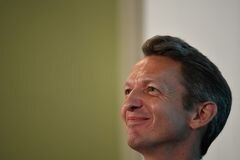 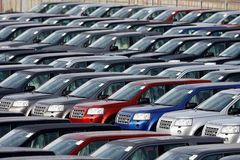 U.K. economy will bounce back from weak start to 2018: BoE’s Carney 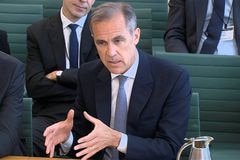