The Bank for International Settlements is throwing its weight behind the development of central bank digital currencies, arguing that the world’s monetary authorities need to get ahead of the push by large technology firms to develop their own forms of digital cash.

The BIS, which acts as a bank to the world’s central banks, said in a report published Wednesday that cryptocurrencies such as bitcoin and private digital money backed by large technology firms “tend to work against the public good element that underpins the payment system.”

The report is the organization’s strongest statement to date in favour of central bank digital currencies (CBDCs), and comes as central bankers look to fortify their position at the heart of the payments system in the face of declining cash use and the introduction of private digital currencies backed by large technology firms such as Facebook Inc.

Dozens of central banks around the world, including the Bank of Canada, are developing CBDC prototypes – although few have committed to launching them. The Bahamas launched the world’s first CBDC last year, while several other countries, most notably China, are running pilot projects. The Bank of Canada has said that there is no immediate need for a “digital loonie,” but it has accelerated its research into digital money over the past year.

“The train has left the station,” Benoît Coeuré, head of the BIS Innovation Hub, said at an online press conference ahead of the report’s publication. “It’s not the BIS leading the train, it’s the central banking community that collectively is now taking the CBDC discussion much more seriously and practically than even one year ago or two years ago.”

CBDCs differ from other forms of digital money, such as the electronic dollars that sit in commercial bank savings accounts, because they are a direct claim on the central bank, similar to a physical dollar bill. And unlike cryptocurrencies, such as bitcoin, CBDCs would likely be held in accounts tied to digital identities, meaning that payments would not be anonymous.

While cryptocurrencies get the most attention, central bankers are mainly concerned with the disruptive potential of payment systems operated by large technology companies, such as the Alipay system in China run by Ant Group or the soon-to-be-launched Diem system (formerly called Libra) that is backed by Facebook and other technology firms.

“If there is a sense of urgency on the central bank side when it comes to CBDCs, that sense of urgency doesn’t come from cryptocurrencies,” Mr. Coeuré said. The BIS has long argued that bitcoin and other similar cryptocurrencies are speculative assets, ill-suited as a means of payment owing to their wild price fluctuations, slow transaction times and high energy usage.

“The sense of urgency comes from the emergence of global stable coins [private digital assets pegged to fiat money] as a possible payment option, and it comes from the entry of the Big Tech companies in the payment market that has really raised the prospects of very significant changes in the world of payments,” Mr. Coeuré said.

Central banks still need to answer a number of technical and theoretical questions before launching CBDCs. Should they be anonymous tokens, like cryptocurrencies, or tied to verifiable accounts? How closely should a central bank work with the commercial banks to distribute CBDCs and manage the consumer-to-consumer payment systems?

The BIS report advocates for an account-based system, using digital identification, where commercial banks and private financial technology companies would operate the consumer-facing side of the system. This would include things such as digital wallets, where account holders keep track of funds and make transactions.

It also argues that a CBDC system should be limited in scope, so that CBDC deposits in central bank accounts don’t replace commercial bank deposits. Commercial banks rely on deposits to make loans, and credit creation across an entire economy could be impaired if deposits dry up.

CBDC’s could be a “win-win” situation for central banks and commercial banks if done correctly, BIS general manager Agustin Carstens said in a video call interview with The Globe and Mail.

“We think it has to be a two-tier system where you implement this through the commercial banking system,” Mr. Carstens said.

This seems to align with the Bank of Canada’s thinking on the issue. Speaking at an online event earlier this month, Dinesh Shah, the bank’s director of fintech, said that “our overall goal is not to replace banknotes or bank deposits.”

“It absolutely is not about trying to provide banking services like loans. So many of the things that a commercial bank will do are just not on the table for a CBDC,” Mr. Shah said. 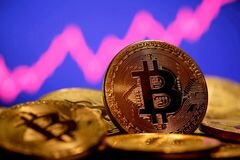 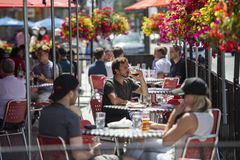 Bitcoin ransom recoup is another sign the cryptocurrency isn’t all it’s cracked up to be
Subscriber content
June 9, 2021 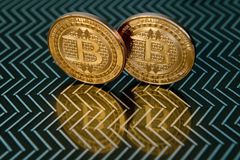