The Bank of Japan held off on expanding stimulus on Tuesday but committed to doing so “without hesitation” if a global slowdown jeopardizes the country’s economic recovery.

Growing fallout from the U.S.-China trade war has prompted major central banks to signal more easing and put pressure on the BOJ, which has far less policy ammunition left to deal with a significant downturn.

BOJ Governor Haruhiko Kuroda said the central bank strengthened its commitment to act pre-emptively against risks to the economy, as protectionist policies and trade tensions were delaying an expected rebound in global growth.

“I don’t think Japan has lost momentum to hit the BOJ’s price goal, or that there is an imminent risk of this happening,” Kuroda told a news conference.

“But overseas risks are heightening. If this is prolonged, that could increase risks for Japan and threaten the economy’s momentum to hit our price goal. If this happens, we will ease policy without hesitation.”

As widely expected, the BOJ maintained its short-term interest rate target at -0.1 per cent and a pledge to guide 10-year government bond yields around 0 per cent.

It also kept intact its forward guidance, or a pledge central banks make on future monetary policy, committing to keep rates at current ultralow levels at least through spring 2020.

But the BOJ added a line in its policy statement that it will ramp up stimulus without hesitation “if there is a greater chance the momentum for hitting its price target is lost.”

BOJ officials have recently said the central bank won’t hesitate to “consider” easing if the economy loses momentum for hitting its price target.

The new language in the statement is a stronger pledge because the central bank is committing to act immediately to forestall risks of a loss of momentum, Kuroda said.

“In a way, you can call it pre-emptive easing,” he added.

The protracted Sino-U.S. trade war has hurt Japanese exports and business sentiment, casting doubt on the BOJ’s view that robust domestic demand will offset the pain from the global slowdown.

In a quarterly report on the outlook, the BOJ cut its inflation forecasts and warned that risks to the economy were skewed to the downside due to increasing overseas uncertainty.

“Global growth has slowed, particularly in Europe and China. As a result, Japanese exports to China have fallen and business sentiment has deteriorated,” he said. “The impact of the global slowdown is broadening.”

The BOJ could cut interest rates, ramp up asset buying, speed up money printing or combine the steps, Kuroda said.

“In any case, we will consider steps within our current policy framework,” with an eye on the potential downside to the banking sector, he said.

Years of near-zero rates have hurt financial institutions’ profits by narrowing their margin, leaving the BOJ with few tools to fight the next recession, let alone ramp up steps to accelerate inflation to its 2 per cent target.

The European Central Bank last week all but cemented market expectations for a September rate cut, while the U.S. Federal Reserve is seen cutting rates on Wednesday.

The yen was little changed versus the dollar on Tuesday after the BOJ announcement, trading near a three-week low.

“The BOJ probably wanted to save its ammunition because the yen wasn’t rising much,” said Hiroaki Mutou, chief economist at Tokai Tokyo Research Institute.

“If Fed moves trigger yen rises, the BOJ could either strengthen forward guidance, allow 10-year bond yields to move in a wider band, or do both,” he said. 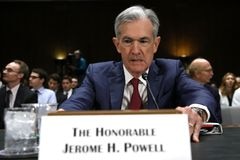 Opinion
Why Christine Lagarde, a non-economist, is ideal for the world’s most demanding central banker’s job Subscriber content
July 5, 2019 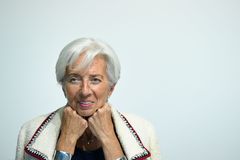 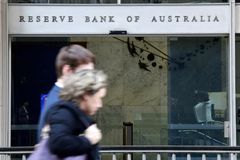