Bank of Montreal plans to deploy $300-billion over the next four years to achieve net-zero carbon emissions, making it the latest of Canada’s big banks to pump major capital into reducing climate-related risks.

As part of a new action plan, BMO is setting up a climate institute that will serve as a clearing house for science, analytics and technical expertise for risk management and adaptation as the economy moves to a lower-carbon future, the bank said Wednesday.

The bank is making the $300-billion available to corporate clients “pursuing sustainable outcomes” through its lending, underwriting, advisory services and investments, it said.

“What we’re doing is positioning ourselves to be our clients’ lead partner when it comes to the kinds of climate transition we’re going to need to achieve the global goals around net zero,” said Michael Torrance, BMO’s chief sustainability officer.

“We’re integrating this very squarely into our purpose strategy, but also our business strategy.”

Canadian banks have made a number of announcements recently about intensifying their efforts to align with the country’s target of achieving net zero – in which CO2 emissions are simultaneously reduced and offset – by 2050. Last month, Royal Bank of Canada said it was adding $500-billion to its sustainable financing funds to get to that target in its lending and equity financing.

Bank executives say the massive sums demonstrate their commitment to aligning their operations with the Paris Agreement goal to keep the rise in global average temperatures to between 1.5 and 2 degrees. However, many environmentalists say the moves do not go far enough and point to the banks’ continued financing of fossil fuel companies.

Groups including Stand.earth, Greenpeace and Shift Action all made that point in response to BMO’s announcement Wednesday. Greenpeace senior energy strategist Keith Stewart also raised the fact that BMO is a major lender to the TC Energy Corp.-led Coastal GasLink pipeline, which has faced opposition from Wet’suwet’en hereditary chiefs in B.C.

“If a bank wants to truly prove its climate sincerity, it should commit to ending its financing of fossil fuel expansion immediately and publish its plans to cut total financed emissions in half by 2030 and to respect Indigenous rights to free, prior and informed consent,” Mr. Stewart said.

Like Canada’s other major banks, BMO says it can help its energy-industry clients reduce their greenhouse gas emissions – that its new climate institute is aimed at just that.

“When it comes to this net-zero strategy, we’re really focused on partnering with them in the transition,” Mr. Torrance said. “Partly that will involve understanding what a decarbonization pathway will look like and helping them to think through how they can achieve emissions reduction targets while at the same time making the best investments for their business.”

BMO’s plan includes reducing its own emissions by 30 per cent from 2019 levels within nine years and matching all its electricity use with renewable power purchases. It is also targeting net-zero “financed emissions” by 2050 and setting an interim target of 2030. It will report on its progress using the approach set up under the Partnership for Carbon Accounting Financials, of which it is a member.

The climate institute aims to use expertise from within and outside the bank and provide data and technological developments for industry, government, academia and investors. It will also act as a technology incubator, the bank said. 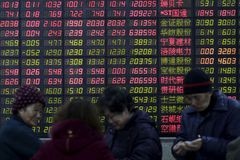 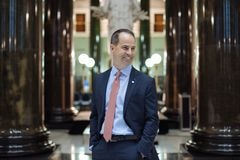 CIBC and BMO delay return to office for most employees until at least the end of June
Subscriber content
March 1, 2021 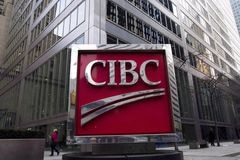