Profit of $429-million from the bank’s international division, which is concentrated in Latin America, rose 143 per cent year over year for the quarter ended April 30, and 10 per cent from the prior quarter. Over all, the bank earmarked less money to cover international loans that may default over time, setting aside $396-million. But actual losses from loans that were written off in the international division spiked to $986-million in the quarter, which the bank predicts will mark a peak.

The recovery in Scotiabank’s international markets has been “lumpy,” chief executive officer Brian Porter said on a conference call with analysts, “and that’s the nature of our footprint.”

Under his watch, the bank has made a series of deals to refocus its international division in recent years, and the COVID-19 pandemic arrived just as that strategy seemed poised to pay off. In the bank’s core foreign markets, which it calls the “Pacific Alliance” – Mexico, Peru, Chile and Colombia, there are encouraging signs of recovery as economic growth forecasts for this year average 6.5 per cent.

But Peru and Chile are being battered by resurgent outbreaks of the novel coronavirus and both countries are gripped by changing political dynamics, with Peru holding a contentious presidential election this week and Chile working to reform its constitution.

Even as lending for mortgages and businesses picks up in Latin America, credit-card spending and personal loans are still below prepandemic levels. Margins on those loans have shrunk, and international banking revenue fell 6 per cent year-over-year.

“A recovery in this business will rest on replacing lost volumes and associated customer activity,” said Gabriel Dechaine, an analyst at National Bank Financial Inc., in a note to clients.

Scotiabank’s head of international banking, Ignacio Deschamps, predicted lending to retail customers “will come back during the second half of the year,” and said the bank still expects to reach its goal to earn $500-million in quarterly profit from international operations by the end of this year.

“Big picture, there’s a delay. It’s going to take a little bit longer in the Pacific Alliance for the economies to boom,” Mr. Deschamps said. “That is happening in North America, but I think this will happen” in Latin America, too.

Each of Canada’s Big Six banks beat analysts’ profit expectations in the second quarter, many of them by wide margins and largely because loan loss provisions fell faster than anticipated. But Scotiabank outpaced predictions by the smallest margin among the group. “Certainly not a bad quarter,” said Credit Suisse analyst Mike Rizvanovic, in a note to clients, “but less impressive than the majority of the bank’s peers.”

Adjusted to exclude some items, Scotiabank said it earned $1.90 a share. On average, analysts expected earnings per share of $1.77, according to Refinitiv.

The bank’s total revenue fell shy of expectations, falling 3 per cent year-over-year to $7.74-billion. But its expectations for losses on defaulting loans continued to improve, with provisions for credit losses falling to $496-million, from $1.85-billion a year ago.

The Canadian banking division showed signs it is rebounding from the crisis, with profit up 95 per cent to $931-million, compared with the same quarter last year. Income from fees was up 20 per cent, and with housing markets booming, mortgage balances increased 8 per cent year over year. Commercial lending also increased by 4 per cent.

The bank’s wealth management division kept up its momentum since the bank made two major acquisitions, with profit rising 25 per cent to $378-million. Assets under management increased by 19 per cent, which helped increase income from fees.

But profit from the bank’s capital markets arm decreased by 1 per cent to $517-million, partly owing to lost revenue after the bank closed its metals trading business, ScotiaMocatta, which had been entangled in legal and regulatory problems. The capital markets division was measured against a high bar after its profits boomed in the second quarter last year, when markets were volatile early in the pandemic. But it benefited from busy trading in equities this past quarter and executives said advisory work should be plentiful for the rest of the year. 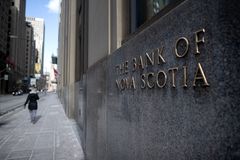 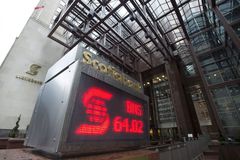 Bank of Nova Scotia serves up credit cards that save travellers money
June 13, 2019 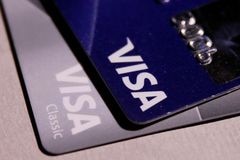