Canada’s bank regulator wants to impose a higher threshold to qualify for a home loan, but the move could ratchet up already overheated real estate markets in the weeks before the rule is set to take effect.

The Office of the Superintendent of Financial Institutions (OSFI) is proposing changes to the mortgage stress test for uninsured mortgages that would effectively require borrowers to qualify at a rate of 5.25 per cent instead of the Bank of Canada’s benchmark five-year rate of 4.79 per cent.

Policy makers have faced calls for action to cool a real estate market fuelled by low mortgage rates. Since the pandemic started, home prices and sales have hit record levels across the country.

The regulator called the stricter standard a “proactive measure,” and said housing-market conditions have the potential to put lenders at increased financial risk.

“During periods when house price appreciation is very strong and when transactions are taking place at a very high pace, those are conditions that can tend to undermine sound mortgage underwriting,” Jeremy Rudin, OSFI’s superintendent, said Thursday.

Under current rules, borrowers need to prove they can make their mortgage payments at a rate that is either two percentage points above their actual contract, or at the central bank’s benchmark, whichever is higher. With the interest rate on a five-year fixed loan below 2 per cent, the central bank rate has become the minimum threshold or minimum qualifying rate.

OSFI’s plan does not rely on the Bank of Canada rate. It would require borrowers to qualify at the higher of 5.25 per cent, or two percentage points above their contract rate. The regulator said it would revisit the qualifying rate at least once a year to “ensure it remains appropriate for the risks in the environment.”

The plan is now open for comment and OSFI expects to implement it on June 1.

It will likely exacerbate the market runup over the next few months as borrowers race to qualify at the lower rate. “It will make the situation worse, since demand will rise as buyers will try to move ahead of the change and accelerate purchasing activity,” said Benjamin Tal, CIBC’s deputy chief economist.

Many parts of Ontario, the Maritimes, British Columbia and Quebec have seen price increases of 20 per cent to 35 per cent during the pandemic. The price for a typical detached home in some Ontario suburbs has gone up at least $100,000 in three months.

Royal Bank of Canada, the country’s largest mortgage lender, said it supports tighter underwriting standards. “That would put pressure on people who are overstretching to service a larger home with a low interest rate,” RBC chief executive Dave McKay said on a conference call with reporters Thursday before seeing the details of the OSFI proposal.

However, some economists said stricter rules will do little to slow the market. “This measure could have a mild dampening effect,” said BMO’s chief economist Douglas Porter. “But it’s unlikely to single-handedly turn this freight train around.”

The mortgage stress test for insured mortgages, which have a down payment of less than 20 per cent of the purchase price, and for uninsured mortgages were introduced in 2016 and 2018, respectively. It was designed to ensure that homebuyers could afford their mortgage payments if interest rates rise, as well as to slow the booming real estate markets in Toronto and Vancouver.

At the time, the stress test added a minimum of 200 basis points to the minimum qualifying rate, and the stricter rules contributed to the slowdown in activity in Toronto and Vancouver. This planned change increases the threshold by only 46 basis points.

“This move will have a very modest impact at the margin but not change the tone of the market,” said BMO senior economist Robert Kavcic, who has been urging policy makers to act quickly.

OSFI said it expects lenders to have strong mortgage underwriting practices. Earlier in the day, RBC’s Mr. McKay said the current runup in prices is being driven by “highly qualified borrowers with strong down payments, with good [credit scores] trying to seek a product that’s not available and bidding it up, but well within their ability to service that mortgage. So it’s not a credit issue. It’s a house-supply, price, demand issue.”

Yet he advised against another proposed solution to cooling the housing market that could have a more dramatic impact on homeowners: Changing a capital-gains exemption to introduce taxes on the sale of principal residences.

“I think it’s politically unacceptable, to start with. It doesn’t make economic sense for the long-term supply and demand within the marketplace,” Mr. McKay said, as it could hamper labour mobility. “And therefore I think it’s bad policy and RBC does not recommend it.”

Industry group Mortgage Professionals Canada, which has been lobbying for an easier stress test, said the new rule would hurt first-time home buyers. The organization said it would make it harder for people at the bottom end of the purchasing spectrum.

It is unknown whether the federal Finance Department will also raise its minimum qualifying rate for insured mortgages. Finance Minister Chrystia Freeland said the department will “closely examine the results” of OSFI’s consultation. 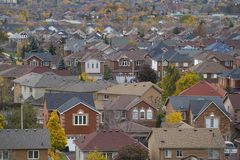 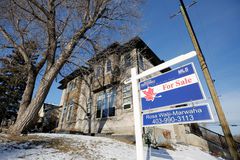