Canada’s banking regulator says it is reviewing a key component of its stress test for mortgages for the first time, but continues to defend its core tenets as good policy for the housing market.

The hotly debated stress test, introduced in 2018 by the Office of the Superintendent of Financial Institutions (OSFI), has been applied to uninsured mortgages – those with a down payment of at least 20 per cent of the purchase price – since 2018. It forces lenders to make sure borrowers could handle an increase of at least two percentage points in their mortgage interest rate.

To set the test’s threshold for each borrower, mortgage providers must either add two percentage points to the loan’s actual rate, or use the Bank of Canada’s five-year benchmark mortgage rate – whichever is higher. But OSFI is now considering whether the central bank’s benchmark should still be part of the calculation.

OSFI has staunchly defended the stress test, insisting it was necessary to clamp down on loose mortgage underwriting standards that posed a risk to lenders, and to the broader financial system. But the rule change has drawn criticism from mortgage professionals and would-be homeowners, who see the stress test as too onerous and inflexible. Some have suggested it was primarily a response to hot housing markets in Toronto and Vancouver, applied bluntly to all Canadian mortgages, though OSFI says it wants consistent underwriting across the country.

Introducing the stress test “was not a popular decision,” said Ben Gully, assistant superintendent for OSFI’s regulation division, in a speech to the C.D. Howe Institute in Toronto. “This certainly tested our mettle.”

He defended the stress test again, saying “the qualifying rate is working.” But he also said that the Bank of Canada rate used to set it may need to be changed. At current levels, that benchmark rate is making it even tougher to qualify for an uninsured mortgage.

When the regulator chose to use the Bank of Canada’s benchmark, it was “the best available rate at the time,” Mr. Gully said, but it “is not playing the role that we intended.” That’s because the gap between that rate, now at 5.19 per cent, and the average mortgage rate has widened to roughly 2.3 percentage points, making it “less responsive to market changes than when it was first proposed,” Mr. Gully said.

OSFI is now reviewing whether it should still use the benchmark as part of the stress test, and the findings “will help to inform the advice OSFI might provide to the Minister, as requested in the mandate letter to him," Mr. Gully said.

But OSFI maintains that a threshold of two percentage points – or 200 basis points – is a reasonable buffer to ensure borrowers can manage unforeseen shocks such as a job loss or a rise in interest rates. “This will therefore remain a key part of OSFI’s guideline B-20," the regulation that outlines the stress test, he said.

Mr. Gully took over OSFI’s regulation division last April after his predecessor Carolyn Rogers, a key architect of the stress test, was appointed as the first Canadian secretary-general of the Basel Committee on Banking Supervision, a standard-setter for global banking regulation. 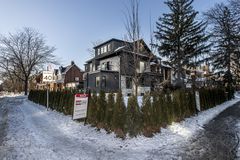 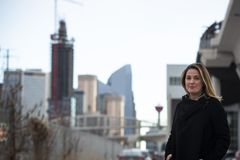