Canada’s banking regulator is changing how it assesses risks in the country’s financial institutions.

The Office of the Superintendent of Financial Institutions (OFSI) is surveying banks to better understand how corporate culture, including human behaviour and social mores, can create excessive risks for major lenders, according to people familiar with the matter who were granted confidentiality because they were not authorized to speak to the media.

As part of that process, OSFI is scrutinizing the banks’ policies on a wide range of issues, including ethics, codes of conduct, conflicts of interest, whistle-blowers and rogue employees. OSFI will also interview the banks’ chief executive officers and board chairs to take stock of the tone coming from the top, one of those people said.

OSFI’s risk-culture surveys are being conducted at a time when regulators around the world are under pressure to crack down on banking misconduct. A series of scandals involving LIBOR-rigging, abusive sales practices, mortgage fraud and various breaches of anti-money laundering rules, have shaken trust in the practices of global banks since before the financial crisis.

OSFI declined to comment on specific financial institutions, but confirmed its new culture and conduct division is using its risk-culture surveys to collect “diagnostic information” from banks to assess “the linkages between cultural norms and behaviours at financial institutions and the resultant risks they might represent.” If deficiencies are spotted, OSFI will act or require the bank to act expeditiously to address the situation, spokesman Gilbert Le Gras wrote in an e-mailed statement.

“Work in this area is ongoing, and while OSFI cannot discuss its ongoing supervisory activities, this work will be integrated into OSFI’s overall risk assessment of federally regulated institutions,” Mr. Le Gras added.

Banking regulators are taking their cues from the Financial Stability Board, an international body that makes recommendations to improve stability of the global financial system. Last year, the FSB published a “toolkit” for banks and regulators “to tackle the causes and consequences of misconduct.” Jeremy Rudin, Canada’s Superintendent of Financial Institutions, chaired the FSB working group that did the ground work leading to the toolkit’s development.

Since the financial crisis, global banks have paid cumulative penalties of approximately US$321-billion for misconduct, according to a 2017 report by Boston Consulting Group.

“Fines are essential to punish wrongdoing and have an important deterrent effect, but it is insufficient and inefficient to rely solely on ex post penalties of institutions and their shareholders,” wrote then-FSB chairman Mark Carney, the former governor of the Bank of Canada, in a letter to Group of 20 leaders in 2017. “The resources paid in fines, had they been retained as capital, could have supported up to [US]$5-trillion in lending to households and businesses,” he added.

Behavioural science company Starling estimated last year that risk and compliance costs account for roughly 15 per cent to 20 per cent of the fixed-cost base at most financial institutions, "savaging ROE [return on equity] for many” investors.

In Canada, there is some evidence that trust in the banking system is beginning to drop. Canadians’ trust in banks dipped by two percentage points to 41 per cent in 2019, according the latest CanTrust Index, by independent market agency Proof Inc.

Canada’s financial system is now ranked as 11th in the world by the World Economic Forum. The WEF’s annual rating compares global financial systems using a range of measures, and Canada’s overall score slipped in 2018 in part because of lower results on factors including non-performing loans, stability and soundness of banks.

For its part, OSFI is putting more pressure on banks to mitigate conduct and reputational risks. For instance, the regulator published a new corporate governance guideline for bank boards last year to set “a high standard" for directors.

“OSFI has long made it clear that it expects federally regulated financial institutions to identify reputational risk management as an important aspect of an effective risk management framework appropriate for each institution’s unique circumstances,” added Mr. Le Gras.

For Canadian bank stocks, ‘the risk/reward equation is not stacking up attractively’ Subscriber content
August 20, 2019 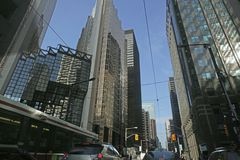 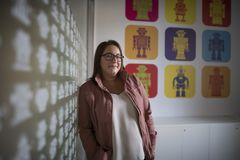