Dozens of monetary authorities around the world are contemplating launching central bank digital currencies (CBDCs), largely in response to the proliferation of cryptocurrencies and private digital currencies backed by large technology companies, such as Facebook Inc.

Mr. Carney, the former governor of the Bank of Canada and Bank of England argued in favour of CBDCs in a speech to the Bank for International Settlements (BIS). But he cautioned that public forms of digital cash, if they are introduced, could alter the structure of the banking system and negatively affect incumbent banks and financial services companies.

“Banks are a means to an end, not ends in themselves, and they will have to adapt to a much more competitive environment,” he said.

At this point, the discussion is still largely theoretical. The Bahamas is the only country to have launched a CBDC, although several others, notably China, are running pilot projects. In Canada, the central bank says a “digital loonie” is not necessary yet, but it has accelerated its research into public digital cash.

Mr. Carney, however, said major changes to the money system are imminent: “The old normal of cash, bank-based finance and bank payments rails is crumbling,” he said.

He urged central bankers to act quickly to prevent the “Uberisation of money” – a situation where powerful technology firms use their existing digital networks to establish monopolies in digital payments markets.

“We should be wary of path dependence and locking in existing advantages of tech companies via the payments system. There are powerful network effects in both social networks and money. If combined, these could be mutually reinforcing,” he said.

While some central bankers are warming up to the idea of CBDCs, monetary authorities should not underestimate the impact they might have on existing banking systems.

Banks have historically relied on customer deposits to make loans, putting bank deposits at the heart of an economy’s credit creation process. The concern is if individuals keep their savings in an account at the central bank through CBDCs, commercial bank deposits would dry up.

This could lead to a situation, Mr. Carney said, where banks would have to rely much more heavily on market-based funding: raising money from investors to issue loans. That would have implications for both the cost of funding and financial stability over all.

“Commercial banks will still be funded albeit at a higher cost and potentially with greater volatility,” he said.

“Banks will become more reliant on non-banks for credit provision. With banks more vulnerable to a deterioration in sentiment in wholesale funding markets, lending rates could be more volatile over all for those borrowers unable to access other sources of financing,” he added.

To prepare for this situation, Mr. Carney said central banks need to expand their role as “lender of last resort” to non-bank institutions. That means allowing direct access to emergency liquidity programs for non-bank financial institutions.

“As market-based finance become more important, a lender of last resort function that serves only banks increasingly will not serve society,” he said.

Mr. Carney’s contribution to the digital currency discussion comes shortly after the BIS, which acts as a bank to the world’s central banks, came out in favour CBDCs, arguing cryptocurrencies and private digital currencies “tend to work against the public good element that underpins the payment system.”

But the central banking community is by no means unified on the question of CBDCs.

On Monday, Randal Quarles, U.S. Federal Reserve board member and vice-chair for supervision, gave a speech arguing against a U.S. CBDC.

“An arrangement where the Federal Reserve replaces commercial banks as the dominant provider of money to the general public could constrict the availability of credit, fundamentally alter the economy and expose the public to a host of unanticipated, and undesirable, consequences,” he said. 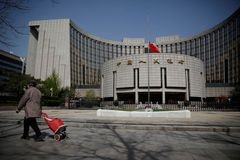 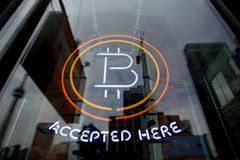 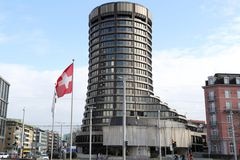