During the great commodities boom of the mid-2000s, Barrick and others unveiled splashy multibillion-dollar-premium takeovers only eventually to take massive writedowns. But in September, Barrick broke away from the old model by announcing it will pay merely the market price for Randgold. The deal was warmly greeted by shareholders on both sides as a sensible solution in a difficult market.

“M&A has slowly been re-entering investor consciousness, and we suspect this trend will gain momentum in 2019, especially since there have now been a few successful transactions,” BMO Nesbitt Burns Inc. analyst Andrew Kaip wrote in a note to clients, including the Barrick-Randgold deal as an example.

Far from being a one-off, the zero-premium template is one the entire gold industry should learn from and possibly enact, said Jon Case, precious metals portfolio manager with Sentry Investments.

“The precedent set by this Randgold no-premium [deal] I hope will be able to change the perception of value from an acquisition standpoint,” he said.

Smaller and riskier gold companies, particularly those with a single mine as opposed to a large portfolio, would benefit the most from a zero-premium deal, he said. Merging companies of roughly the same size would make the new entity bigger, more diversified, and in theory less risky. And the environment is right: “The gold space is ripe for consolidation,” Mr. Case said.

It was a so-so year for mining M&A in 2018. The value of announced M&A with any involvement from a Canadian mining company was US$19.2-billion, according to Thomson Reuters. While that was the highest since 2012, it still pales in comparison with 2007′s peak when US$101-billion worth of deals were done, including Rio Tinto swallowing Montreal’s Alcan Inc. for US$38.1-billion.

While there were scores of smaller-value acquisitions in 2018, there were only a handful in the billion-dollar-plus range. That’s partly a function of key commodities such as gold and copper trading well off peak levels. Generally, much more M&A is done near the top of the market as opposed to near the bottom.

“We see strong M&A momentum when there is rising commodity prices,“ said Ilan Bahar, co-head of global metals and mining with BMO Nesbitt Burns. “People feel emboldened [to do M&A] when they feel good about their businesses.”

Usually companies are loath to sell near the bottom. However, one exception to that rule in 2018 was Nevada-based Tahoe Resources Inc. agreeing to a buyout by Vancouver-based Pan American Silver Corp. for $1.1-billion. While the 54-per-cent premium was large compared with where Tahoe had traded on a short-term basis, the silver miner founded by former Goldcorp Inc. chief executive Kevin McArthur sold near an all-time low in its stock price. Mr. Bahar says we could see a few more bottom-of-the-market deals in 2019 as some cash-strapped companies run out of options.

Another 2018 trend that we’re likely to see more of are deals based on risk sharing and companies teaming up with each other in joint ventures. In December, for example, Teck Resources Ltd. sold a 30-per-cent stake in a large Chilean copper project for US$1.2-billion to Japanese miner Sumitomo. The deal gave Teck the funds to plow ahead with a major expansion of its copper business, but not incur all of the risk of the venture.

Junior mining companies struggled once again to raise capital in 2018 with the lowest level of equity issuance in the North American metals and mining sector in 13 years. To fill the void, many have turned to more expensive methods of raising capital, including royalty agreements and streaming deals. That’s another trend that’s expected to continue.

Weakness in the overall commodities market also led to a dreadful initial public offering market in 2018 with only about US$23-million raised in Canadian mining IPOs, according to Thomson Reuters, compared with about US$650-million in 2017 when copper and zinc hit multi-year highs. A number of mining IPOs were either shelved or delayed including Australia-based Battery Mineral Resources Ltd., which pulled its planned $75-million offering on the Toronto Stock Exchange amid a softening market for cobalt and lithium. The IPO market isn’t expected to turn around until commodity prices recover. 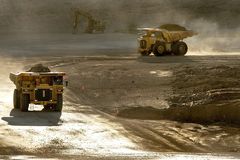 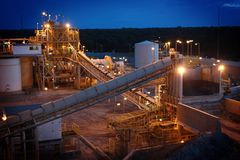 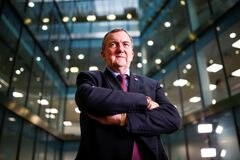