“Does anyone know what Bay Street means?”

“It’s a street in downtown Toronto,” shouts a student from the front of the cafeteria.

The response gets a room full of laughter among 90 Grade 10 students at Martingrove Collegiate Institute in west-end Toronto, who are attending an afternoon session on financial literacy.

But the answer reflects the growing concern among educators, policy-makers and politicians across the country about the lack of financial education within Canada’s secondary schools.

In Ontario, the Ford government recently added financial literacy to its list of priorities in its spring budget, while the province’s Ministry of Education announced that financial literacy will be a main focus in the new high-school curriculum that begins in September.

Knowledge of the role of the financial services industry in Canada and of the career paths available within the sector continues to be a major gap in the education system. Add to the mix students graduating with heavy debt loads from student loans and the Bank of Canada warning about high household debt, and it’s little wonder governments are looking at strategies to help Canadians make better, more informed choices about money.

Co-founded in 2016 by Eileen Jurczak, a director of trading at BMO Capital Markets, this not-for-profit organization aims to increase awareness in Grade 10 students on how the financial services industry works and introduce them to careers they may not have considered.

“They all recognize Wall Street, but they don’t know Bay Street,” said Jane Coughlan, a facilitator with Supporting Roles Interactive Training Inc. and a retired guidance counsellor who leads the workshop program across Canada, including the Martingrove session.

“We need to expose students at an earlier age to the role these services play in their lives.”

As the laughter quiets among the Martingrove students, Ms. Coughlan points to signs around the cafeteria representing key areas of the financial services industry: personal and commercial banking, corporate and investment banking, sales and trading, equity research, economics, insurance, investment management and operations.

The students are split into smaller groups and iPads are handed out, preloaded with various business case studies, including:

Professional actors playing financial executives are positioned throughout the room. Students race between them firing off questions. The goal is to figure out which area in the financial services industry can help their company succeed.

Although the school year is drawing to a close, educators are already preparing for the resumption of classes in the fall. Since launching, more than 9,000 students across Canada have attended Bay Street Deconstructed. That number will double as 10,000 students are already booked for the 2019-20 school year.

Currently, to earn an Ontario Secondary School Diploma, students are required to complete a minimum of 30 credits. Part of that includes a compulsory half credit in a careers course – which touches on financial issues such as how to create and manage a personal budget and how to overcome financial obstacles.

In May, Ontario Minister of Education Lisa Thompson announced a new careers curriculum to begin in September. Part of the change will see financial literacy become a major component of the mandatory learning in the revised Grade 10 career studies course. Students will be taught money-management skills such as saving, spending and budgeting. As well, the course will include financial concepts such as credit, borrowing, taxes, planning ahead, the difference between wants and needs, and consequences of financial decisions. One practical example – the course will explore how to budget for a student’s first year after high school.

But here’s what is missing: The new curriculum doesn’t include any discussion around the career paths that are open to high-school students.

The idea for the workshop came to Ms. Jurczak after a “speed mentoring” event at her alma mater in 2013. She was shocked to see that high-school students only recognized financial careers in bank branches, accounting and, to some extent, the insurance sector.

“There is a real lack of knowledge generally with how the different areas in financial services work, how they fit together and how it impacts their lives," Ms. Jurczak says.

Since inception, the program has received donations by a number of financial institutions, including the Big Five banks, Manulife Financial Corp., Chubb Insurance Co. of Canada, Franklin Templeton Investments and AGF Management Ltd.

“The industry has had a realization that they need to recruit more broadly and the way they have recruited in the past – such as going to certain business schools – isn’t going to cut it because we need more diverse talent,” says Jennifer Reynolds, chief executive officer of TFI.

Now, after participating in the three-hour workshop, 90 per cent of students say they have a better understanding of the industry than before they attended Bay Street Deconstructed.

“Looking at all the different areas they showed us when we first walked in, I really couldn’t comprehend what each one was,” said Christopher Truce, a Grade 10 business student at Martingrove. “Now, I have a greater understanding of what a business needs to do in order to be successful with certain tasks.”

For other students, the workshop has broadened their perspective on what the industry can offer in the careers they have already begun to explore.

“I didn’t really know what kind of things happened on Bay Street, only that it was a major source of capital for Canada," says Richard Szajbely, 15, who wants to own his own company one day. "It’s interesting to see how many different people – like farmers – use Bay Street for their businesses.”

The program first began with 38 workshops in the Greater Toronto Area. In 2018, the program expanded into Vancouver, Calgary and Halifax. For the coming year, Ms. Jurczak hopes to book programs in Winnipeg and Montreal, as well as focus more on schools with students of diverse cultural and socioeconomic backgrounds.

“We want to help increase diversity in the financial services talent pipeline,” she adds. “The industry has been trying to address that for years with limited success."

Last month, Statistics Canada issued its first comprehensive study examining the representation of women on corporate boards. It found that women accounted for just 19.4 per cent of corporate board members in Canada, while 57 per cent of boards did not include a single woman.

For Heather Dawson, 15, that has yet to be decided. As the 3 p.m. bell rings, the Grade 10 student quickly gathers her schoolbag to join the exiting crowd.

“I have no idea what I want to do with my life, but what this workshop certainly showed me is that whatever I decide to do, business is definitely going to be involved in it.” 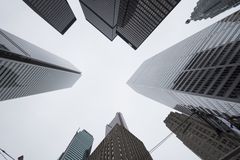 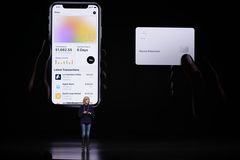