Canadian investment banks have just one wish this year: For equity offerings to finally reflect the record markets.

In 2019, the total value of share sales fell to $28.9-billion, according to Refinitiv, slightly lower than the $29.9-billion issued in 2018. Both totals are less than half of the amount raised in 2015, when oil and gas companies issued equity relentlessly to shore up their balance sheets after the 2014 collapse in oil prices, sending the total value raised to $63.5-billion.

While share sales are only one aspect of capital markets revenues – other contributors include debt issues, derivatives and mergers and acquisition fees, among others – they play a pivotal role because fees for such deals haven’t changed in decades despite the ebbs and flows of foreign competition. Underwriters typically earn around 4 per cent on equity offerings, which adds up when multiplied by billions of dollars worth of deals.

Morgan Stanley took the top spot in 2019′s ranking of equity underwriters, according to Refinitiv, benefiting from two billion-dollar issues from Restaurant Brands International Inc., the parent company of Tim Hortons. While these two deals weren’t offered for sale in Canada, they counted in the rankings because RBI is incorporated in Canada.

RBC Dominion Securities ranked second, in part by underwriting many of the share sales for real estate companies. With the Federal Reserve cutting rates three times in 2019, “the demand from investors for rate-sensitive stocks was tremendous,” said Nitin Babbar, head of Canadian equity capital markets at RBC.

A healthy year for mergers and acquisitions also helped to buttress investment banks’ bottom lines, with the total value of announced deals hitting US$252-billion – around the annual average for the last five years. Goldman Sachs took the top spot in the rankings of Canadian M&A advisers in 2019, with BMO Nesbitt Burns coming in second.

The volume of mergers and acquisitions was also beneficial to Canadian law firms, who dominated the rankings and held off foreign competitors who had been finding their way into Canadian deals in recent years. Blake Cassels & Graydon led the legal-adviser rankings, followed by Osler Hoskin & Harcourt.

Last year, many of the largest M&A deals were inbound acquisitions from foreign buyers who wanted to scoop up Canadian companies, such as Newmont Mining Corp.'s US$13-billion acquisition of Goldcorp Inc., including debt, and Flutter Entertainment Plc’s US$10-billion purchase of The Stars Group Inc. (formerly Amaya Inc.), including debt. The deals partly reversed the trend of Canadian companies and investment funds serving as major buyers of foreign assets, particularly in the U.S., which was a major theme for a number of years.

“Canada remains a buyer-friendly M&A market, with few structural defences available to public corporations. As such, Canadian boards of directors must take overtures from strategic acquirers – who remain hungry for growth – very seriously,” Luke Gordon, head of Canadian M&A at Goldman Sachs, wrote in an e-mail.

The volume of acquisitions by other corporations, rather than investment funds, also contrasted with a common assumption that private capital is buying everything in sight because private buyers have so much cash to deploy.

“We expect strategic buyers to continue to seek out consolidation opportunities that drive both revenue growth and bottom line synergies as a way to sustain stock price momentum,” Mr. Gordon wrote, adding that healthy equity valuations have lowered the cost of capital for strategic acquirers.

Many private buyers, meanwhile, struggle to find and fund deals that can deliver their desired 15-per-cent annual returns. “Private equity investment hurdle rates will in many cases need to come down before they can successfully deploy the significant ‘dry powder’ they have amassed,” Mr. Gordon wrote. 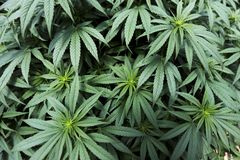 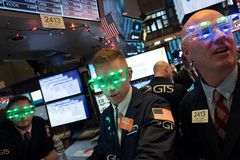 Canada’s most famous economist thinks there’s an 80 per cent chance of recession next year - here’s how you should invest
January 10, 2020