The B.C. government is giving two regulators more teeth to tackle some white-collar crimes in the province, bringing in the power of the courts to enforce fines against investor fraud.

But broader changes that would address the inability of the B.C. Securities Commission to collect on hundreds of millions of dollars in unpaid fines are still under consideration.

On Monday, the provincial government introduced amendments to the Securities Act that will allow two national regulators, the Investment Industry Regulatory Organization of Canada and the Mutual Fund Dealers Association, to enforce penalties as court orders against investment dealers who wrong investors.

A Globe and Mail analysis last year found that nationally, MFDA is owed $73.7-million in unpaid fines and IIROC is owed $32.7-million.

Filing in court means that they will be able to pursue outstanding fines, and order a person to comply with decisions, made by these self-regulatory organizations.

In recent months, The Globe has highlighted the inability of securities regulators across the country to enforce sanctions against fraudsters and others who run afoul of the regulators who oversee Canada’s capital markets.

In December, a Globe investigation found that unpaid securities fines totalled more than $1.1-billion – and only a fraction of the fines announced are ever collected.

British Columbia has the worst track record for collecting fines, in part because of its pattern of imposing tough-on-crime penalties - even though only a small fraction of those fines are ever collected.

The B.C. Securities Commission reported it had $478-million worth of unpaid fines against individuals, companies and groups last year, but it expects only $100,000 of that – or 0.02 per cent – is likely to be collected. Officials did not provide more current numbers on Monday. The amount of outstanding fines in B.C. for the two national regulators is not publicly known.

Attorney-General David Eby said the changes will help protect investors – particularly vulnerable seniors who may invest their life savings in the securities market - but it doesn’t deal with the broader spectrum of white-collar crimes that are regulated by the B.C. Securities Commission.

“Only those people who are members of these regulatory bodies are affected by these changes,” Mr. Eby said.

He said B.C. is simply catching up with other jurisdictions, including Quebec and Ontario, that have already given the Investment Industry Regulatory Organization of Canada (IIROC) the authority to pursue the collection of disciplinary fines directly through the courts.

“It’s one piece of an overall approach to protect investors in British Columbia but it is not the whole piece.”

The B.C. Securities Commission has already provided a submission on potential changes to improve its enforcement rates, and Minister of Finance Carole James is currently reviewing those options.

The unpaid-fines figure is just one of several troubling issues uncovered in The Globe’s investigation into the oversight of Canada’s capital markets. The thousands of case files analyzed also reveal that one in every nine people sanctioned in Canada usually ends up with another blemish on their record, suggesting that committing such crimes is easy and that little exists in the way of effective deterrence for repeat offenders.

At the same time, some fraudsters appear to be exploiting Canada’s patchwork of provincial regulators. More than 63 per cent of repeat offenders have been previously sanctioned in another jurisdiction, or by a different regulator, the analysis shows.

The IIROC oversees approximately 160 investment dealers and their trading activity in Canada’s debt and equity markets.

In British Columbia, the agency works under the authority of the B.C. Securities Commission, with the power to investigate and prosecute firms and investment advisers that breach its rules.

Infractions can include misappropriating funds from clients, falsely endorsing client signatures or making unsuitable recommendations to investors – who are commonly seniors and vulnerable investors who suffer significant financial losses.

RCMP aims to use outside experts to crack down on white-collar crime Subscriber content
April 11, 2018 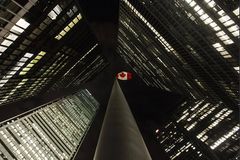 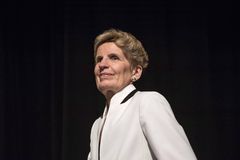