British Columbia’s economy is forecast to shine for the next two years as construction starts on a $40-billion liquefied natural gas project in the northern part of the province.

“The construction of the Shell-led LNG Canada project plant in Kitimat is set to positively transform the regional economy for years to come,” Bryan Yu, deputy chief economist at Central 1 Credit Union, said in a 31-page report released on Tuesday.

Mr. Yu, whose forecast covers 2019 and 2020, said northwest B.C. will benefit from the early construction phase for LNG Canada’s Kitimat terminal while northeast B.C. starts to thrive from robust drilling for natural gas.

TransCanada has been tapped to build the 670-kilometre Coastal GasLink pipeline that will transport natural gas from the North Montney play in northeast B.C. to the export terminal site in Kitimat on the west coast. Drilling is expected to increase during 2021-24, in order to feed natural gas for LNG exports to Asia by late 2024 or early 2025.

Northern B.C. will turn from being an economic laggard to the driving force in the province, amid the slowdown in the Vancouver area’s housing market, Mr. Yu said. Residential sales in 2018 in the Vancouver region are expected to be at the lowest level since 2013, with sluggish sales likely to continue into 2019, he said.

He predicts the median residential price for the Vancouver census metropolitan area, which includes the sprawling suburb of Surrey, will decline 2.5 per cent in 2019 compared with this year.

In his outlook, Mr. Yu said British Columbia’s gross domestic product could grow in a range between 2.5 per cent and 3 per cent in each of the next two years – likely enough to be among the economic leaders in Canada, although slower than the 3.8-per-cent growth rate in B.C. in 2017.

Oil weakness in Alberta will hurt demand for recreational properties in the B.C. Okanagan, where many Albertans spend vacations, Mr. Yu added in an interview, saying that skilled workers in Alberta’s oil patch who find themselves laid off should be able to land LNG-related jobs in northern British Columbia.

Mr. Houghton, who also sits on the board of the Kitimat Chamber of Commerce, formerly worked in Fort St. John in northeast B.C., where there will be a surge in natural gas drilling over the next several years. “Companies like Shell will be spending billions of dollars on drilling.”

Sandy Thomson, owner of Norpac Construction Inc., said LNG Canada’s economic impact will be felt across northern British Columbia. “It gives local contractors the chance to do a fair amount of work,” said Mr. Thomson, whose firm is based in the B.C. Interior city of Kamloops. “There will be a need for a lot of specialized contractors who will come in and give them a hand."

LNG Canada’s ripple effects will be significant across B.C. and have a bit of spillover into Alberta, said economist Philip Cross, a senior fellow at Resource Works, a research group that has received some of its funding from the Business Council of British Columbia. “Services benefit from increased demand for inputs from various industries needed to boost natural gas production, including everything from engineering to accounting services,” Mr. Cross said in an analysis released last week. 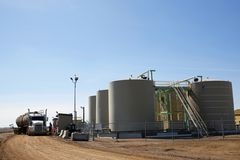 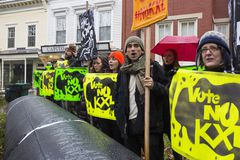 The demise of pipeline stocks is vastly exaggerated. Here’s why it’s now a perfect time to invest Subscriber content
November 13, 2018 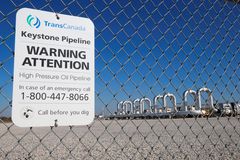