A B.C. medical device company co-founded by two of the province’s most successful technology entrepreneurs has raised US$115-million from U.S. fund giants Fidelity Management and Research and T. Rowe Price Associates to finance the enterprise until it goes public.

Kardium Inc. makes a system for treating atrial fibrillation (AF), the world’s most common irregular heartbeat disorder and a cause of strokes and heart failure. The condition affects 350,000 Canadians and 37 million worldwide.

With the high pedigree of its founders and investors, Kardium hopes to become one of Canada’s few thriving, global and publicly traded medical-device makers.

Its technology, called the Globe Mapping and Ablation System, is intended to disrupt a roughly US$6-billion market for treating AF that is expected to grow 15 per cent a year as baby boomers age, said Kardium CEO Kevin Chaplin. The business is dominated by health sciences giants Johnson & Johnson, Abbott Laboratories, Medtronic PLC and Boston Scientific Corp.

“We’re doing this alone,” Mr. Chaplin said in an interview. “Our goal is to build a huge, successful, independent company.”

Kardium combines existing approaches that treat different aspects of AF into a single, all-encompassing device that saves time and improves results. Some technology makers provide heart-mapping systems and others make the catheters that burn heart tissues that send the erratic electrical signals, restoring its normal rhythms.

The key piece of equipment in Kardium’s system is a 3 centimetre-diameter globe that looks like a miniature disco ball, with 122 golden, individually controlled electrodes. To start the procedure, the sphere is flattened, encased in a sheath, and inserted into a patient’s femoral vein and threaded up into the left atrium of the heart.

Once inside it is expanded to sphere form, and connected to a wand manipulated by an electrophysiologist. The device maps in high-definition what is happening inside the heart to pinpoint where the bad signals originate. It sends its findings to a software console in real time, and is then used to burn the tissues to fix the problem. The system is also used to assess results as the treatment proceeds. “No other device on the market today can do all that,” Mr. Chaplin said.

Kardium grew out of conversations between Dr. Lichtenstein and Mr. Gelbart, an inventor whose name is on 40 of Kardium’s patents, and whose children attended the same school. The doctor was frustrated by limitations of existing tools to improve patient outcomes for conditions such as AF. The two brainstormed ideas to fix the problem; today they are company advisers.

Mr. Michelson joined them to turn the idea into a business venture and became chairman. Mr. Chaplin joined as vice-president of business development in 2008 and became CEO two years ago.

After years of development, Kardium began clinical studies with human subjects in October, 2017, and raised a US$40-million financing a year later led by T. Rowe. Kardium has raised just more than US$100-million in total prior to the most recent funding.

The company in October, 2019, published successful results from a 60-person European study showing 76 per cent of the patients that underwent its treatment experienced no AF in the following 12 months, about 10 to 20 percentage points higher than other treatments. Europe’s health regulator approved the Globe system for sale last June.

Kardium’s single-use catheter, made in Burnaby, sells for between US$8,000 and US$10,000 apiece. The company is starting slowly in Europe, working with a small number of doctors to generate more data “to show the potential of the system” before a broader launch, Mr. Chaplin said.

Kardium, with 190 employees, will hire 100s more to gear up commercial activities in Europe and seek regulatory approval in the U.S., the CEO said. The company plans to begin U.S. trials this year and hopes to receive regulatory approval by the U.S. Food and Drug Administration by late 2023, making way for an IPO in the U.S. the following year, he said. 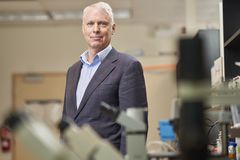 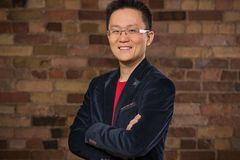