The British Columbia-based company said Wednesday that it wants to list its shares on the Nasdaq Global Select Market, joining the likes of blue-chip tech giants such as Apple Inc., Microsoft Corp. and Alphabet Inc. It has applied to list under the symbol “TLRY.”

Tilray is going public by way of an initial public offering (IPO) and is working with a group of underwriters to raise money from investors on both sides of the border. The syndicate includes New York-based Cowen and Co., and two Toronto-based firms, BMO Nesbitt Burns Inc. and Eight Capital.

The grower’s plans to list south of the border were first reported last week by The Globe and Mail.

The number of shares being sold and the price range for the IPO haven’t been finalized, Tilray said in a regulatory paperwork filed with the U.S. Securities and Exchange Commission. A source familiar with the matter said the IPO is expected to be priced by mid-July.

Many of Canada’s large medical marijuana growers have already gone public north of the border and, in recent months, they have used the liquidity in their shares to raise even more money and pay for acquisitions to grow their operations at home and abroad.

Companies are also gearing up to supply Canada’s recreational market. Legal sales of non-medical cannabis are expected to begin on Oct. 17, Prime Minister Justin Trudeau said on Wednesday, a day after Bill C-45 passed its final vote in Parliament.

Tilray is one of four North American cannabis assets owned by private equity firm Privateer Holdings Inc., which has raised about US$250-million during the past five years to help fund these businesses. In February, Tilray raised $60-million to fuel its growth both in Canada and abroad, marking the first time outside investments have been made directly into the grower.

Privateer also owns cannabis media platform Leafly and two other marijuana product brands that are sold in multiple U.S. states where it is legal to do so.

In the United States, cannabis is allowed in certain states but prohibited under federal law. The conflicted legal regime has kept many large investors and multinational companies − including the major Canadian banks and TMX Group Ltd., which operates several stock exchanges in Canada − from entering the sector.

Tilray has a dual-class share structure, which it says is one way to defend against a hostile takeover bid. Seattle-based Privateer owns all of Tilray’s higher-ranked stock and each of these shares carry three votes. The lower-ranked stock to be sold in Tilray’s IPO has one vote apiece.

Tilray said it plans to use the money it raises to expand its production facilities in Ontario and Portugal, fund future acquisitions and repay a loan and interest its owes to Privateer.

Tilray has US$35-million in Privateer debt on its books. Some of that amount includes a fee that Privateer charges Tilray for management and support services because the two firms share personnel and other resources.

Brendan Kennedy, chief executive officer of Tilray and executive chairman of Privateer, earned a US$375,000 salary last year, and will make a US$425,000 base salary and a bonus of up to US$425,000 this year, in addition to holding options to buy three million shares.

In the three months to March 31, Tilray generated US$8-million ($11-million) in revenue and booked a loss of US$5-million. The company is selling its medical cannabis products – in the form of dried bud, oils and capsules – to thousands of patients in 10 countries. 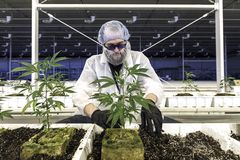 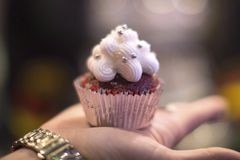 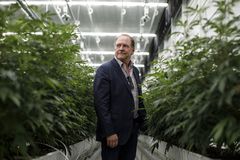