A judge has extended an injunction against Coastal GasLink protesters, citing irreparable harm to the $6.6-billion pipeline project in Northern British Columbia.

Coastal GasLink asked the B.C. Supreme Court last year to extend an injunction to ensure pipeline workers aren’t blocked by Indigenous protesters and their supporters on the Morice River Bridge, located along one section of the route near Houston, B.C.

Madam Justice Marguerite Church had issued an interim injunction in December, 2018. Late on Tuesday, Justice Church released her 51-page decision and granted an interlocutory injunction, citing the need for workers to have safe passage across the bridge in order to get to their construction sites.

Coastal GasLink launched its court case against protesters in November, 2018, arguing that defendants Freda Huson and Warner Naziel are the architects behind the Unist’ot’en camp near the bridge. Unist’ot’en is affiliated with Dark House, one of 13 Wet’suwet’en Nation hereditary house groups, which in turn fall under five clans.

Over the past 13 months, other blockades have emerged in the remote area, including along a logging road that leads to the Unist’ot’en camp. The Unist’ot’en blockade came down on Jan. 11, 2019, four days after the RCMP arrested 14 people at a separate protest along the logging road.

She added that her injunction order provides “a mandate to the RCMP to enforce the terms of the order.”

While the protesters are prevented from interfering physically, they remain opposed to the project and can pursue legal remedies.

Coastal GasLink is slated to finish pipeline construction by the end of 2023 and conduct tests in 2024. The 670-kilometre pipeline would transport natural gas from northeastern B.C. to an $18-billion export terminal in Kitimat on the West Coast. That terminal is being built by Royal Dutch Shell PLC-led LNG Canada, which is scheduled to start exports of liquefied natural gas in 2025.

Wet’suwet’en hereditary leaders issued a statement to denounce the court decision that sided with Coastal GasLink, also known as CGL.

“Since obtaining the initial interim injunction order, CGL has bulldozed through our territories and destroyed our archeological sites, while private security firms and RCMP have interfered with the constitutionally protected rights of Wet’suwet’en people to access our lands for hunting, trapping and ceremony,” said the statement by Ms. Huson and other hereditary leaders.

In a news release, Coastal GasLink emphasized that all 20 elected First Nation councils along the route have signed agreements with the project in support of the pipeline. “Coastal GasLink remains focused on constructing this approved and permitted $6.6-billion project safely and with respect for our Indigenous partners and local communities along the route,” said Coastal GasLink, which is owned by Calgary-based TC Energy Corp.

On Dec. 26, TC Energy said it will be selling a 65-per-cent stake in Coastal GasLink to Alberta Investment Management Corp. and KKR and Co., with the transaction set to close within the next six months.

Justice Church said there are major rifts within the Wet’suwet’en, with conflicting viewpoints on the pipeline. “All of this evidence suggests that the Indigenous legal perspective in this case is complex and diverse and that the Wet’suwet’en people are deeply divided with respect to either opposition to or support for the pipeline project,” she said.

The judge cited the example of Troy Young, a Wet’suwet’en member who is general manager of Kyah Resources Inc., co-owned by Mr. Young and the Witset First Nation. Kyah has a $55-million contract for road building and other work for Coastal GasLink, according to court filings.

Justice Church pointed out Coastal GasLink’s emphasis on the economic benefits for residents living on federal reserves. “The long-term financial benefits to those Indigenous bands are expected to be significant, possibly exceeding $338-million cumulatively over the life of the pipeline project,” she said. “The defendants assert that the elected band councils only exercise federal jurisdiction in regard to reserve lands. The affidavit material before me suggests that this position is disputed by the elected band councils.”

Wet’suwet’en hereditary leaders argue that they have authority over their unceded territory, notably provincial Crown land that includes a large segment of the pipeline route. “The Wet’suwet’en have never ceded our lands to Canada or British Columbia, and colonial governments have never lawfully obtained the authority to render decisions on our lands,” the hereditary leaders said in their release.

John Ridsdale, chief of Rafters on Beaver House under the Tsayu clan, issued a statement to reiterate hereditary leaders’ opposition to Coastal GasLink. "Ultimately, we are our own government, and we decide who comes on our territory. We are the hereditary chiefs. British Columbia and Canada only have assumed and presumed authority on our lands,” said Mr. Ridsdale, who also goes by the hereditary name Na’Moks. 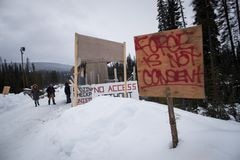 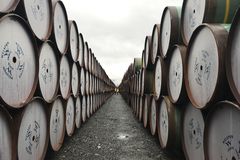 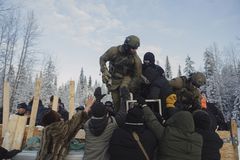