BCE Inc. saw its second-quarter profit plunge 64 per cent as the pandemic hit its wireless business and reduced the value of its media assets, but the company’s chief executive said the period likely represents a “low-water mark” for the business.

BCE, which had net income of $294-million, was the last of Canada’s big telecom companies to report earnings for the three-month period ending June 30, the first quarter to reflect the full impact of the COVID-19 pandemic on the sector.

Similar to its peers, Rogers Communications Inc. and Telus Corp., BCE’s Bell Canada experienced slower wireless subscriber growth due to store closings and a steep drop in roaming revenues as travel halted. For Bell, the travel restrictions resulted in a $60-million revenue hit during the quarter.

Although roaming revenues will take time to recover, there are signs that other areas of BCE’s business are beginning to benefit from the gradual reopening of Canada’s economy, the company’s president and CEO Mirko Bibic said. That includes its Bell and The Source stores, which have seen growing sales, he said.

“Although we don’t expect to return to pre-COVID operating performance in the near term, Q3 is anticipated to show a marked improvement,” Mr. Bibic said during a conference call on Thursday. “Sales are growing week after week, month after month,” he later added.

The media business, which saw its second-quarter revenue decline by 31 per cent to $579-million, is also beginning to turn the corner, Mr. Bibic said.

BCE took $452-million in impairment charges related to some of its Bell Media TV and radio properties, as advertisers pulled back spending, major sports leagues suspended their seasons and live events and TV productions were cancelled.

“We have started to see signs of improvement,” Mr. Bibic said, noting that the automotive, retail and food industries have begun advertising again. And as live sports have resumed, many events have attracted larger audiences than usual, he added.

Overall, BCE had $5.35-billion in revenue during the quarter, down 9 per cent from a year ago and slightly below the consensus analyst estimate of $5.37-billion from S&P Capital IQ.

Its media business is expected to continue to face significant challenges, Mr. Yaghi said in a note to clients. BCE also has a larger enterprise business than its peers and will likely be more affected by business bankruptcies stemming from the pandemic’s economic fallout, he added.

BCE’s chief financial officer Glen LeBlanc said that while he expects the business to gradually improve from one quarter to the next, much depends on whether cases spike again, requiring further shutdowns.

“It’s difficult for me to predict margins because I can’t predict how this pandemic is going to affect us,” Mr. Leblanc said, adding that right now the company is focused on trying to ramp up sales at its newly reopened stores.

“Fingers crossed that that continues well into the fall and we have this under control,” he said. 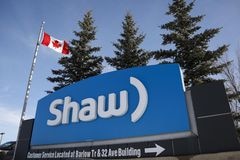 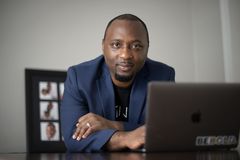