BCE Inc. continues to count on its high-speed internet and wireless services for growth and says its strategy is on track even as its share price has wilted in the face of rising interest rates.

Canada’s largest communications company said on Thursday it attracted more new wireless customers on contract in the first quarter than expected − winning 68,487 new subscribers versus analyst estimates of about 55,000. It also signed up more new broadband customers than this time last year as it increases marketing for its improved fibre-to-the-home service, which it is still rolling out in the Toronto and the Greater Toronto Area.

BCE’s financial figures were in line with expectations, showing revenue growth of almost 5 per cent and profit up more than 3 per cent. But its share price is down more than 15 per cent since the beginning of the year as rising interest rates have drawn investors away from the stock known for its reliable dividend.

“As you all know, it’s been a little rough the first three or four months,” BCE chief executive officer George Cope said to shareholders at the company’s annual meeting in Toronto. He said he’s confident that BCE has made the right bets, including investing billions of dollars in fibre-optic wiring to help support faster internet speeds as well as lay the groundwork for 5Gs, the next generation of wireless network technology.

“As everyone knows, there’s no guarantee for our stock’s performance going forward, but I’ve been in the industry 34 years − this company has never been better positioned.”

BCE has long maintained a policy of increasing its dividend by 5 per cent annually and has used a series of acquisitions to partly fuel the cash-flow growth necessary to keep boosting the payout. It will soon approach the point of having fully integrated its latest target after closing its purchase of Manitoba Telecom Services Inc. about a year ago.

Mr. Cope told reporters that analysts have always questioned how the company could keep increasing its cash flow, but said it has reported positive EBITDA growth for 50 quarters in a row (EBITDA means earnings before interest, taxes, depreciation and amortization).

“No doubt those acquisitions have helped in the past and now we have a great asset pool and now it’s over to us to execute on that pool,” he said.

BCE on Thursday said its first-quarter revenue increased by 4.8 per cent to $5.59-billion, missing average projections for $5.61-billion.

Profit grew by 3.1 per cent to $709-million or 73 cents per common share. On an adjusted basis, BCE reported earnings of 80 cents a share, which missed consensus estimates for 82 cents.

However, BCE provided its financials under new accounting rules and did not provide numbers under the previous standard, which analysts said made it difficult to compare the report with estimates. Taking that into account, they said the company’s numbers were in line with forecasts.

Adjusted EBITDA grew by 4.1 per cent to $2.25-billion, although BCE said it would have increased by 4.7 per cent if it weren’t for $14-million in retroactive payments it had to make owing to a regulatory ruling that reduced the amount the national carriers can charge small providers to roam on their networks.

Analysts were generally positive about the results, particularly the fact that BCE added more wireless customers than expected.

BCE is also getting new business from government workers after winning a long-term contract to supply Shared Services Canada, which provides e-mail and network services across the federal government, in October.

Rogers, which previously had the contract, recorded a one-time adjustment to its wireless subscriber base in the fourth quarter of 2017, lowering it by 207,000 to account for the customers it will lose over time as government workers upgrade their service, rather than recording those losses gradually every quarter.

BCE also reported growth in its internet business, adding 19,647 new customers, up 31 per cent from last year. It is investing about $1.5-billion in the city of Toronto alone and began a mass advertising campaign last month aimed at winning residential clients away from Rogers.

It lost momentum on the television side, adding 13,573 IPTV (internet protocol television) customers in the quarter, compared with 22,402 in the same period last year. BCE also lost 26,054 satellite subscribers, although that was fewer customers than it shed last year. 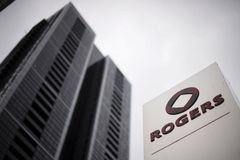 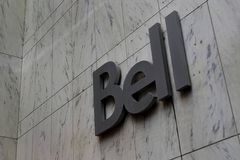