BCE Inc. says it will use equipment supplied by Finland-based Nokia Corp. to start building out its fifth-generation wireless networks as it awaits the outcome of a federal cybersecurity review of Huawei Technologies Co. Ltd.

The announcement Thursday allows BCE, which had previously not selected a 5G vendor, to move forward with deployment rather than await the outcome of the government’s review. However, chief executive Mirko Bibic, who took the reins from George Cope on Jan. 6, left the door open for Huawei’s involvement in the future.

“What I’m trying to signal here is that we need to be able to work with many equipment suppliers today and in the future,” Mr. Bibic said during a conference call to discuss BCE’s fourth-quarter results. “It’s always prudent to have multiple supply sources.”

Mr. Bibic added that he doesn’t know when Ottawa’s review – which is expected to determine whether Huawei will be permitted to supply equipment for Canada’s 5G wireless networks – will be concluded, but the telecom company is "ready to deploy initial 5G service, because we will always be competitive.”

Rogers Communications Inc. announced last month it has begun rolling out its 5G wireless networks in the downtown cores of Toronto, Vancouver, Ottawa and Montreal, although consumers won’t be able to access them until 5G-capable smartphones are released in the coming months.

Rogers is using equipment from Swedish supplier Ericsson in its fifth-generation networks, while Telus Corp. has yet to announce its 5G vendor.

The United States and Australia – allies of Canada, Britain and New Zealand in the Five Eyes intelligence-sharing group – have barred Huawei from supplying equipment for their 5G systems over fears the company presents a security threat because the Chinese telecom giant could be compelled to help Beijing spy on or sabotage Western networks.

Late last month, the British government announced that it would allow Huawei to supply components for the country’s 5G network on a restricted basis. Scotia Capital analyst Jeff Fan said Britain’s decision – which will see the Chinese vendor restricted from the sensitive core parts of the networks – relieves some of the pressure on Ottawa to enact an outright ban against Huawei.

“We also believe the relatively muted U.S. response to the United Kingdom’s decision provides additional reassurance for Canada to follow the latter,” Mr. Fan wrote in a note to clients earlier this week.

Analysts have also said that costs could increase if Huawei – which has aggressively pursued the Canadian radio-equipment market, in part by undercutting its competitors on prices – is no longer an option.

BCE and Telus have both used Huawei equipment in their existing third-generation and LTE (fourth-generation or long-term evolution) networks, although the gear is limited to the radio-access portions and not used in the network cores.

BCE’s announcement came as the company increased its dividend and reported net earnings attributable to common shareholders of $672-million for the fourth quarter, up more than 10 per cent from a year earlier when it had $606-million in earnings. The profit amounted to 74 cents a share, up from 68 cents a share a year earlier.

However, Desjardins analyst Maher Yaghi said that the company’s wireless results are “beginning to see the impact” of the introduction of unlimited-data plans, which have reduced revenues derived from charging customers overage fees when they exceed their data limits.

Average billing for each user in BCE’s wireless division declined by 0.4 per cent from a year ago to $67.20. That compared with an increase of 0.9 per cent in the previous quarter, Mr. Yaghi said in a note to clients. 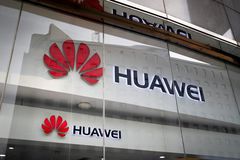 White House adviser Larry Kudlow says no decision on whether to limit intel-sharing with U.K. over Huawei
Subscriber content
January 30, 2020 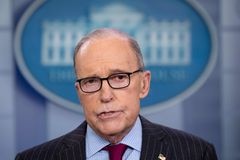 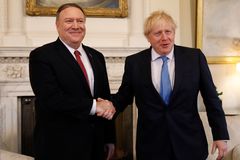