Knowing when to bring in reinforcements has saved more than a few generals on the battlefield. It’s also the salvation for entrepreneurs who find themselves bogged down in the minutiae of running a boot-strapped startup.

Iain Hunt, chief executive officer of the Richmond, B.C., janitorial firm Cleantech Service Group Ltd., understood this principle well when he was hired in 2003 to expand the business. At that point, Cleantech was a small, $1-million company run by two brothers who had a strong entrepreneurial vision yet knew they lacked the managerial mettle to take it to the next level.

“They sat me in the captain’s chair, gave me autonomy and said, ‘Call us if you need us, but grow it,’” Mr. Hunt recalls.

He made strategic hires and delegated work while building his team and the company, which today boasts annual revenue of about $13-million, an office staff of about 25 and a small army of 300 janitorial workers at sites across B.C.

“When I hire people, I hire them because they’re smarter than I am at things that I need them to do,” he says.

Not every business owner has the acumen to know when to delegate tasks, nor the comfort level to hand over the reins. Indeed, many entrepreneurs go full throttle when founding a business, overseeing production while handling marketing, accounting and human resources responsibilities.

But as growth accelerates, the tendency to micromanage can become a success-stifling liability. If all goes well, business owners must at some point let go. But how?

Anthony Taylor, managing partner at SME Strategy Consulting, a management consultancy based in Vancouver, had to answer that very question as expansion stretched his capacity to advise other small and medium-sized business owners.

Micromanagement can be a good thing if it’s on the front end, when you start working with someone.

Two years into the startup phase at SME Strategy, he had enough cash flow to hire a handful of highly skilled, part-time contractors. This allowed him to focus on growth while tapping the contractors for projects as needed throughout the year.

“I had too much work and I needed to start putting people in place, or things were going to start falling through the cracks and I couldn’t serve my customers the way I wanted to,” he explains.

“It was hard for me to let go because you want everything to be done your way and the smart way, but if you can’t give up that control and risk some mistakes, you’re not going to get to where you want to go. That’s humbling when you realize you can’t do everything.”

A crucial lesson that entrepreneurs learn – often the hard way – is the value of delegating tasks, says Tara Landes, president of Bellrock Benchmarking Inc. in Vancouver, another management consultancy to small and medium-sized businesses.

Many business owners start companies in a key technician role, because they have a skill, trade or production capability at which they excel, Ms. Landes says. Most lack solid business credentials at first, she says; the challenge is that many become comfortable in the technician role and resist growing as leaders.

“When the leadership tasks aren’t getting done, it’s time to hire someone else to do some of the work,” she stresses.

Even then, Ms. Landes notes, many business owners will attempt to delegate work and fail. The reason: They dump work on employees and then are disappointed when it isn’t completed as expected. But what Ms. Landes often finds is that business owners don’t properly set expectations.

“Micromanagement can be a good thing if it’s on the front end, when you start working with someone,” she says. “When you’re telling them to do something new, you want to check in with them regularly and tell them, ‘As soon as you’re competent in this, I want to delegate it to you. But I want to make sure we’re on the same page before I leave you to your own devices.’”

Over the years, Mr. Hunt has recruited managers to handle operations and the company’s finances, among other tasks. Hiring people who can provide value, then challenging them to attain performance targets and holding them accountable, can help relieve C-suite pressure, he says.

“It really is a mindset as you reach certain levels, where having someone come in and handle a piece of the business makes more sense than trying to keep doing it yourself,” he notes.

Empowering staff and delegating work can also help build a strong workplace culture that outside investors find appealing, says Sunil Mistry, partner at KPMG Enterprise in Toronto. Investors are not only buying the vision of the CEO, but also the brand and the talent behind the leadership, he says.

For Mr. Taylor, whose contractors work remotely, building a strong culture has meant maintaining constant communication using technological tools, such as the workplace messaging platform Slack and project-management software such as Basecamp. He also tries to hold full face-to-face company meetings once a month.

He reinforces the company’s philosophy and mission statement, and hires people whose vision aligns with his. “Make sure they want to go where you’re going,” he says.

Ultimately, Mr. Taylor says, CEOs need to trust their employees and set the conditions for their success.

“You have to recognize that this person isn’t going to get it right every time, and if they don’t get it right, it’s my fault, not theirs,” he says. “Where did I go wrong in terms or training or communication? You need to be responsible for it.” 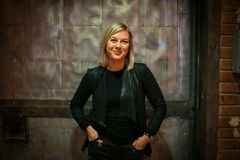 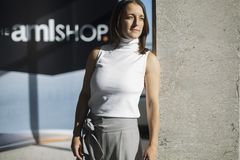 How two young entrepreneurs got it wrong, and then made it right
December 3, 2018 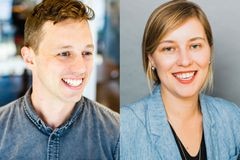 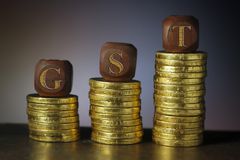 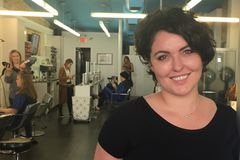