The day after Quebecor Inc. cut the signal for its TVA Sports channel to Bell subscribers – a move that coincided with the first game of the NHL playoffs – both BCE Inc. and the federal broadcast regulator are pushing back.

Quebecor said the signal interruption was a response to what it sees as unfair terms for its sports channel, including how much Bell pays to carry the signal in its TV packages and how the channel is priced for subscribers.

BCE’s Bell subsidiaries filed a request for an injunction against Quebecor and its subsidiaries on Thursday in Quebec Superior Court in Montreal. Bell asked the court to direct Quebecor to restore the signal for TVA Sports without delay.

It also asked the court to limit an advertising campaign Quebecor launched this week criticizing Bell’s treatment of competing cable channels and threatening consequences for Bell subscribers. The requested measures include requiring Quebecor to pull certain ads from TV, newspapers, social media and the website justevaleur.ca, which argues that the specialty TV business is an uneven playing field and singles out Bell for having an unfair advantage, and to stop making claims that Bell is engaged in “unsportsmanlike conduct,” that its subscribers will be “penalized” and that services owned by Groupe TVA could be cut off for those subscribers.

Also on Thursday, the Canadian Radio-television and Telecommunications Commission announced it will hold a hearing next week to consider whether Quebecor violated regulations by pulling its TVA Sports signal from Bell TV “or otherwise interfering with the signal in a way that is preventing Canadian consumers from viewing the service.”

In the notice of the hearing, the CRTC asked Groupe TVA to convince the regulator why it shouldn’t issue a mandatory order to restore the channel until the dispute is resolved and why it shouldn’t suspend the TVA Sports broadcasting licence, one possible punishment for violating the regulations.

In court, Quebecor offered to restore the signal at 6 p.m. if Bell accepted an offer to undergo negotiations, supervised by the CRTC, on the terms under which Bell carries the channel, starting Monday. The company set a deadline of April 23 to come to an agreement.

But late in the afternoon, Quebecor said that Bell had rejected that offer.

Bell “would have accepted a mediation offer but Quebecor refused to make it part of a court order that would have ensured it actually moved forward," Bell spokesperson Marc Choma said in an e-mail. "Considering Quebecor’s reckless and illegal behaviour to date, any offer from them was unacceptable without the weight of a court order behind it.”

The signal went dark at approximately 7 p.m. Wednesday, just as the playoffs got under way. Quebecor had threatened the move in its ad campaign all week. The company has argued that Bell gave its own French-language sports channel, RDS, an unfair advantage by including it in Bell’s most popular TV package while relegating TVA Sports solely to more expensive packages or as an extra cost for subscribers of lower-priced packages. Quebecor has argued this violates regulations preventing companies from giving themselves “undue preference.”

The companies have been negotiating the terms of the TVA Sports carriage deal since their last agreement expired in 2016, according to Bell. The CRTC sent reminders to both companies this week that Canadian regulations require that channels remain available to viewers during such disputes.

In a statement Wednesday night, Quebecor called Canada’s broadcast regulatory framework “obsolete” and said it was taking action out of concern for “the survival of specialty channels.”

TVA Sports holds the French-language broadcast rights to NHL games, meaning Bell subscribers can now only watch playoff games in English – on either the CBC or Rogers Communications Inc.-owned specialty channel Sportsnet, depending on the game. On Wednesday night, where TVA Sports should have been, Bell displayed a message in French saying Quebecor had cut off the signal. It offered subscribers access to Sportsnet, Sportsnet One and Sportsnet 360 at no additional cost.

Quebecor’s move affects both Bell’s own TV subscribers and subscribers to smaller TV providers that have a “relay service" agreement to receive their signals from Bell. Over all, more than 400,000 subscribers are affected by the service interruption, according to Bell. TVA Sports had a total of 1.87 million subscribers in Canada in 2016, the most recent year for which CRTC figures are available.

Canadian regulations prevent companies from pulling channels off the air during carriage disputes. The CRTC has options for penalizing companies that do so. The Broadcasting Act includes a provision to take companies to court, which could result in fines. And the CRTC controls the broadcast licences that allow companies to operate channels; the regulator can suspend or even revoke those licences, and companies that broadcast without a licence could be subject to prosecution and fines.

The CRTC can also impose a mandatory order on a channel owner – which is registered in federal court and then becomes an order of the court – requiring it to follow regulations. Violation of a court order could mean prosecution for contempt of court, fines or other measures. The CRTC’s due process requires a hearing before a mandatory order is issued. 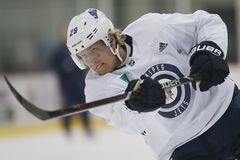