While the use of Huawei Technologies Co. Ltd. equipment in current and next-generation wireless networks has drawn global scrutiny, BCE Inc. and Telus Corp. confirmed to The Globe and Mail that they have also turned to the supplier in recent years as part of their efforts to build fibre-optic home internet.

The two companies have used Huawei gear extensively in their cellular networks and, amid concerns about possible espionage, the Canadian government is conducting a cybersecurity review on whether to permit the continued use of the Chinese supplier’s equipment for 5G networks.

But BCE and Telus have also spent billions over the past several years on their fixed-line networks, replacing legacy copper telephone wires with fibre-optic cables that deliver much faster internet speeds. In the push to upgrade their existing service areas, the companies have both used Huawei as an additional vendor for certain equipment to put pressure on their main supplier, Finland’s Nokia Corp., to offer better prices and terms.

Four sources with knowledge of the situation pointed The Globe to Huawei’s presence in fibre networks, which has received little attention. The sources were granted anonymity because they were not permitted to speak publicly about the matter and were concerned about future employment.

While growing security concerns around Huawei and its connections to the Chinese government have focused on the company’s dominance in wireless technology, its presence in Canadian fibre networks shows just how entrenched the company’s technology is here. The Canadian companies value their relationship with Huawei in part because it is one of few vendors that sells this particular equipment and BCE and Telus both have several years of fibre investment still to come.

Several countries including Canada’s Five Eyes partners the United States, Australia and New Zealand have restricted its use in 5G networks. Huawei was banned from supplying equipment for Australia’s National Broadband Network, which included both wireless and fixed-line fibre technologies, and the United States has barred any companies that want to do work with the government from using Huawei equipment and major telecoms do not work with the vendor. In Britain, BT Group subsidiary Openreach said last year it has selected Nokia and Huawei to provide equipment for its fibre-to-the-home buildout.

Neither BCE nor Telus is believed to have used Huawei equipment in their broadband infrastructure as widely as they have in their wireless radio networks, where Bell has up to 70 per cent Huawei equipment and Telus has close to 100 per cent. If Ottawa decides to ban Huawei from future wireless networks, both companies would face higher costs.

For fibre, BCE and Telus have used Huawei specifically for GPON equipment, which stands for gigabit-capable passive optical network and serves the “last mile” between a network provider and its customers.

There are two main components: The first is a terminal that is placed in a neighbourhood and contains a large strand of fibre that is then split into smaller strands; the second is a small unit in a customer’s home where an optical signal (sent over one of those strands using light) is converted into an ethernet signal and then connected to the user’s modem.

This equipment is not part of the network core, where more sensitive data are stored, and two sources said the companies participate with the Canadian government in a third-party program to test the security of the equipment.

This is similar to the arrangement that has existed between the federal government and Canadian telecom providers with respect to wireless service in which carriers have been permitted to use Huawei gear for radios and antennas but not in their network core.

Marc Choma, a spokesman for BCE, said Wednesday that with respect to GPON, “Bell works with multiple network equipment providers, including Nokia, Cisco, Huawei and others," adding, “All of our suppliers must abide by Bell’s strict security and conduct requirements including all necessary federal oversight and regulation.”

Telus spokesman Richard Gilhooley said the company has not relied heavily on Huawei for its fibre build. “Nokia is used predominantly for GPON components in the Telus fibre-to-the-home network. While Telus has piloted some Huawei GPON equipment, Telus use of Huawei GPON is very nascent in the network.”

Ryan Foreman, a spokesman for the Communications Security Establishment, said on Wednesday that the federal government has had a security review program in place since 2013 to “mitigate risks from specific equipment used in 3G/4G and LTE [wireless] communications networks.”

He would not comment specifically on whether the government conducts similar testing for fixed-network equipment or if it is included in the continuing security review. He stated, “While non-disclosure agreements prevent CSE from disclosing the details of [the wireless] testing process, Canadians can be assured that the Government of Canada is working to make sure that the strongest protections possible are in place to safeguard the systems that Canadians rely on.”

Karine Pontbriand, a PhD candidate in cybersecurity at the University of New South Wales who previously worked as a policy analyst for Global Affairs Canada, said it is possible that the first component of any suppliers’ GPON equipment could be compromised and customer information and internet traffic could be intercepted. “It always goes back to intent and trust,” she added, noting, “We tend not to trust Huawei’s equipment because of its alleged link to the Communist Party [of China].”

A spokesperson for Huawei Canada declined to comment on the matter.

Ms. Pontbriand said it is important to remember that because of the globalized nature of technology supply chains, almost everything contains components made in China. “Chinese technologies are in almost every piece of network equipment or every device that you’re using.” 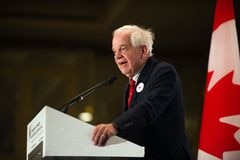 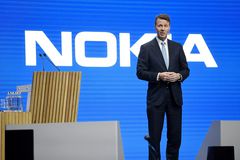 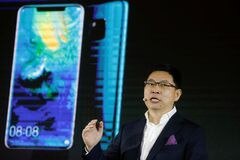