The stock of one of Canada’s most prominent biotechnology developers, Bellus Health Inc., tanked Monday following disappointing trial results for a drug aimed at treating individuals suffering from a chronic cough.

The Laval, Que., company did report some promising data and committed to continue in its race against several pharmaceutical giants to get similar drugs to market.

“We are very much reassured we have a drug here,” Bellus director Clarissa Desjardins said. “But it’s going to take longer and cost more money … if the data were different, we might be pulling the plug. But that’s not the case. I’d characterize this as a moderate, not insurmountable setback.”

Stock in Bellus slumped 72 per cent on Monday after reporting its first human trial results for 68 patients. The subjects coughed 10 or more times an hour and had suffered from the cough for more than a year.

The Bellus study results showed its drug, BLU-5937, did not reach its goal of reducing the number of coughs by more than 25 per cent in test subjects in comparison with a placebo. While the drug outperformed the placebo in four different dose sizes, it was not a statistically meaningful improvement, Bellus said. There is no approved treatment for people who suffer from coughs lasting more than eight weeks, which affects an estimated nine million Americans. About 45 per cent of cases are considered moderate to severe.

Regulators haven’t approved a new cough therapy since dextromethorphan – a staple in cold medications – in 1958.

The results are the latest setback for the father and son duo of Francesco and Roberto Bellini in their 18-year quest to build a sequel to the elder Bellini’s HIV/AIDS drug developer BioChem Pharma Inc. Canada’s most successful biotech company, that firm sold to Shire Pharmaceuticals Group PLC for $5.9-billion in 2001.

Bellus, once known as Neurochem Inc., previously failed to develop treatments for Alzheimer’s disease and a rare kidney ailment, spending more than $300-million in the process. Bellus licensed global rights to the cough drug – which pharma giant AstraZeneca had attempted to develop as a pain medication – in 2017, reviving its prospects.

While Bellus CEO Roberto Bellini acknowledged the latest results were disappointing, he said in an interview: “I don’t put this in the failure column. We think there’s benefit for patients here. As we dug in [to the data], we got more and more encouraged.”

The worst sufferers in the study – those who cough more than once every two minutes – did experience a 28 per cent to 32 per cent reduction in coughing while taking the drug. That’s similar to results from recent human trials by pharma giant Shionogi & Co. Ltd.

The Japanese company, along with Merck & Co., Bayer AG and Bellus are all testing a similar class of drugs that stop a sensory receptor in the upper airway from telling the brain to trigger a cough.

In addition, the Bellus drug was found to be safe for humans, showing no serious adverse side effects, while only two patients experienced partial taste loss. That’s in contrast to Merck’s rival drug, which causes a significant amount of loss in taste among test subjects – a key advantage Bellus is hoping to exploit if both its drugs makes it to market.

“I’m not writing off BLU-5937,” said David Martin, a Bloom Burton & Co. analyst, after cutting his rating on Bellus to Hold from Buy and slashing his stock price target to US$5 from US$14. He said the company still has a chance to generate results that show its drug can compete. “It’s just going to take at least one more trial to get us there.”

Bellus is planning a follow-on study later this year on 250 patients to further explore the drug’s effectiveness among those that responded best in the first study. That trial is expected to cost US$20-million. Bellus had US$78-million in cash and short term investments at the end of March.

Francesco Bellini, the chairman of Bellus, reiterated his optimism despite Monday’s setback. “The first thing I did this morning was I bought 100,000 shares,” he said in an interview. “I don’t understand why experienced people, expert analysts or investors don’t see the same [opportunity] like I see … I see now a good opportunity to buy a lot of shares at a very cheap price.”

China dominates medical supplies, in this outbreak and the next
July 5, 2020 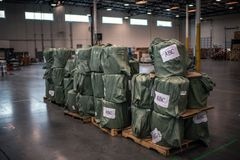 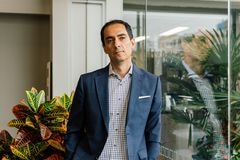 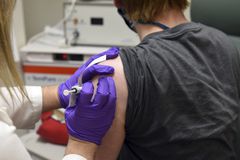