A spike up in fixed income trading revenue and investment banking fees is driving exceptional quarterly results for the capital markets divisions of Canada’s large banks, with three of the Big Six so far reporting stronger results for the fiscal first quarter of 2020.

Royal Bank of Canada started the trend last Friday, reporting a record high net income of $882-million from its capital markets division, up 35 per cent compared with the same quarter last year.

Bank of Nova Scotia and Bank of Montreal followed Tuesday, respectively showing 35 per cent and 38 per cent year-over-year earnings growth from their capital markets teams.

The first quarter, which ended Jan. 31, is historically strong for capital markets divisions of banks, with trading revenue rising as clients look to tidy up their books by the end of the year and prepare for tax season. Even then, the results for RBC, Scotiabank and BMO beat analyst expectations.

“We received some inclination during the quarter ... that capital markets results would be strong, but actual results were much better than expected with both the trading and underwriting and advisory lines reaching decade highs,” wrote Robert Sedran, head of equity research at CIBC Capital Markets, in a note about RBC.

RBC reported $627-million in underwriting and advisory fees that were due to an “unusually elevated number of transactions” that closed in the quarter, according to chief financial officer Rod Bolger. Those included advising on the merger of BB&T Corp. and SunTrust Banks Inc. and on Broadcom Inc.’s acquisition of Symantec Corp.’s security business.

Scotiabank and BMO likewise reported strength in fixed income trading, due to ideal conditions, particularly in the United States.

“You want the Goldilocks scenario where you have some volatility, but not too much to scare people away, just over all an environment where things are happening, rates are moving but not in extreme ways," Mr. Grauman of Cormark said.

While capital market performance has exceeded expectations, Mr. Grauman noted that for some of the banks, the double-digit growth is partly the result of poor performance last year.

“Scotia for most of 2019, and even earlier, their capital markets business had been struggling. The fourth quarter was an important turning point for them and then the follow-through in Q1. ... I think we’ll definitely see it play more clearly for TD which had a very bad capital markets result a year ago,” Mr. Grauman said.

One area of capital markets weakness, flagged by both BMO and RBC, was related to oil and gas activity.

Analysts also noted that capital markets earnings are typically thought of as lower quality than earnings from other bank divisions.

“The sources of the positive variances – capital markets and loan losses – have an ‘in-law’ feeling to them. … You just cannot count on them to be there when you need them,” Mr. Sedran of CIBC wrote. 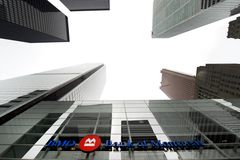 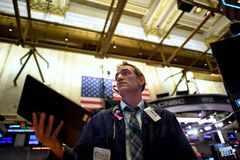 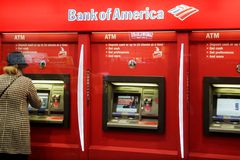