Oil companies that hold nearly a third of the well licences in Alberta have joined a bankruptcy trustee’s legal battle to have a four-year-old asset deal unwound, arguing it was structured to avoid regulatory scrutiny and that it rendered the buyer insolvent.

Sequoia went into receivership in March, 2018, when it was no longer able to pay its bills, leaving an estimated $225-million in abandonment and reclamation costs.

Perpetual says the case is without merit and is seeking to have it tossed out at a Court of Queen’s Bench hearing in October. That’s when the rival energy companies – which are also creditors in the bankruptcy – and the OWA will give arguments. In their submissions, they assert they are directly affected and warn of industrywide consequences should such transactions proliferate.

The three big companies pay into the OWA, which cleans up abandoned wells, and don’t want to be on the hook for their proportional share of the Sequoia liabilities should its wells be rendered orphans in the bankruptcy.

The asset purchase, for which Sequoia paid $1, was the first and largest of several for the ill-fated company. Rather than transferring the assets to the buyer, which would have required the Alberta Energy Regulator to rule on its suitability for taking the liabilities, Perpetual transferred the shares in a subsidiary to Sequoia’s directors, Wentao Yang and Harold Wang. The AER has acknowledged this gap existed.

“If such transactions to avoid liabilities become routine, all participants in Alberta’s oil and gas industry would be pressured to adopt similar strategies, thus incentivizing insolvency and causing the regulatory regime to spiral into obsolescence,” Ron Laing, CNRL’s senior vice-president of corporate development and land, said in an affidavit. That would have negative consequences for the environment and run counter to the polluter-pay principle, he added.

The trio adds corporate heft to a case connected to the problems of underfunded environmental liabilities and orphan wells in Canada’s oil patch. The industry’s cleanup bill has ballooned into the tens of billions of dollars, and has been complicated by large, well-funded players selling off aging assets with high future abandonment and reclamation costs to small producers with limited financial means to do the work. The Globe and Mail has covered the issue at length.

In its claim, PwC argues Perpetual engaged in a transfer at undervalue – the sale of an asset at less than its fair-market worth by a subsidiary it claims was insolvent. It alleges the seller knew the deal would sink the buyer financially as a result. It seeks to have a judge declare the transaction void, or award damages of $217-million.

In their submissions, the interveners highlight public policy implications and costs to the industry as a result of growing numbers of orphan wells as bankruptcies pile up. Cleanup is supposed to be covered by industry, but taxpayers now also bear the some of the costs, after the federal and Alberta governments earmarked hundreds of millions of dollars to decommissioning inactive wells.

For its part, Perpetual argued CNRL, Cenovus and Torxen seek to “transform the court into a political arena.” Their interests are already served by the trustee, the company said. It argues that the interveners were not involved in the initial asset deal, and that other than “bald assertions and speculations” they provided no evidence they will be directly affected by the outcome of the case.

CNRL, Cenovus and Torxen hold 30.9 per cent of Alberta well licences and pay that proportional amount to the province’s OWA, which is responsible for cleaning up energy assets whose owners have long since disappeared. For its part, CNRL estimates the financial hit to the company at about $42-million, if the transaction is not unwound and the wells are transferred to the OWA.

Officials with CNRL, Cenovus, Torxen and the OWA declined to comment, as did representatives from Perpetual.

When it filed its initial action in 2018, PwC made several allegations against Perpetual and its chief executive officer, Sue Riddell Rose. Last year, Justice D. Blair Nixon rejected all but one, ruling that a release signed between the sale parties was done properly and he barred the trustee from seeking the claim against Ms. Riddell Rose.

PwC has sought to appeal those rulings, but another judge, Justice Barbara Lea Veldhuis of the Alberta Court of Appeal, ruled early this year that it must pay Ms. Riddell Rose and her company $240,000 in security costs. She also chastised the PwC partner in charge of the case, Paul Darby, accusing him of being adversarial and not acting as an impartial trustee in the legal proceedings.

Meanwhile, the federal government has earmarked $1.7-billion for the cleanup of orphan and inactive wells in Western Canada as one of its COVID-19 relief programs. Mr. Darby said PwC is looking into getting access to some of this money for Sequoia and other oil patch receiverships. 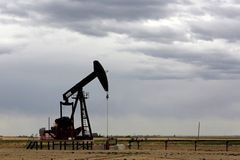 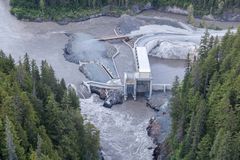 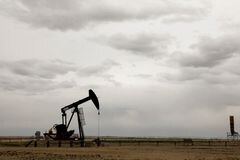