When Alfred Burgesson came up with the concept for the new entrepreneurship and innovation hub he launched recently, he had a lot on his mind.

The Black Lives Matter movement was gaining worldwide publicity after the death of George Floyd last May, and activists in Canada were calling attention to systemic racism in institutions here. Since then, Mr. Burgesson said, the pandemic has “highlighted a lot of the inequities” faced by people who identify as Black, Indigenous and people of colour (BIPOC), including a lack of access to capital, information and networks.

“The initial idea started with a conversation I had with my sister,” Mr. Burgesson, who’s 24, said in an interview. The two spoke last June about the question: “How do we build a supportive network for BIPOC in Canada right now during these times?”

His work with the Assembly of First Nations and past entrepreneurial experience, he says, helped him recognize a need to break down silos in the BIPOC entrepreneurship community in Canada. So, he leveraged connections he already had and created new partnerships with key players in Atlantic Canada’s entrepreneurship and innovation sector to launch Tribe Network.

“Out here in Atlantic Canada, when we see initiatives happening out in Central Canada, we just see them – it’s hard to actually engage with them,” Mr. Burgesson said, adding that the Tribe Network platform allows members to join groups based on their interests and share information about funding and initiatives.

Mr. Burgesson won’t have to bridge these gaps alone. BIPOC entrepreneurs and BIPOC-led organizations in Atlantic Canada are forming strategic partnerships with incubators and accelerators as part of a co-operative effort to dismantle historical systemic barriers built even higher by the pandemic.

Dr. Rustum Southwell, the interim CEO of the Halifax-based Black Business Initiative (BBI), said young entrepreneurs such as Mr. Burgesson have the passion and acumen for business that will help provide “as many opportunities as possible” for Black-owned businesses to be successful.

“We don’t have access to those as Indigenous communities,” Mr. Googoo said. “Those networks exist outside of our communities.”

He said the pandemic hit Indigenous-owned businesses as hard as most other Canadian companies, but enduring historical barriers such as the “generalization” of business development led to some information overload among Indigenous business owners when applying for government support. If it weren’t for Ulnooweg’s efforts to hire consultants for these businesses, he said, lack of access to support programs would have been a much more significant barrier.

BBI commissioned a recent survey of Black-owned businesses in Nova Scotia, and respondents reported many of the same impacts faced by most Canadian businesses, including reduced operating capacity. But age and experience were also factors: 71.1 per cent of businesses surveyed were less than five years old. “Lack of equity or generational wealth” and limited access to large-scale opportunities and contracts were two of the top three reported barriers to success. The most significant one was “social attitudes toward Black entrepreneurs.”

As part of its strategy to bridge systemic gaps, Ulnooweg has struck partnerships with numerous key groups in Atlantic Canada’s entrepreneurship and innovation sector. Most recently, the organization announced arrangements with Volta, a Halifax startup house, and rural business developer Ignite Labs. The latter, Mr. Googoo said, formalized a continuing relationship that has been improving entrepreneurs’ access to resources in rural Indigenous communities in Atlantic Canada since Ignite’s start in 2018.

With BBI, Ulnooweg launched Boost, a four-month program hosted by Volta that began in March. It takes BIPOC founders in Atlantic Canada through a series of sessions, each focusing on a different skill or concept, to aid them in starting and boosting their businesses. Ulnooweg represents a disadvantaged group “just like BBI,” Mr. Googoo said, meaning it has to “intentionally go into” spaces such as Volta to create opportunity.

These spaces, he said, need to be “climatized” to ensure they align with Unooweg’s values, which incorporate those of the Mi’kmaq, before the door is opened. He said Ulnooweg educates its partners about Indigenous “ways of knowing and being,” so Indigenous entrepreneurs feel more comfortable and are more likely to be successful in these collaborative environments. For Ulnooweg, he said, when it comes to innovation, it’s not just about the bottom line, it’s about building a “sustainable future.”

“It’s not about creating something that’ll create a billion-dollar business for you and, at the same time, it just wipes out a species or replaces a species,” he said. “The replacement of a species goes against our Indigenous values.”

Aligning partnerships with cultural values is also important to BBI, Dr. Southwell said, adding there’s been greater openness in the private sector recently to create these partnerships, but “strong lines” must sometimes be held.

“One of the big things for us is a cultural awareness and a cultural sensitivity, which, after the last year with George Floyd, is at an elevated level,” Dr. Southwell said. “You also want to make sure the organizations you’re working with understand what it means to be Black-led and Black-serving.”

Mr. Burgesson led the first two sessions of the Boost program – on leadership and purpose-driven business.

Mr. Burgesson says his work with Senator Colin Deacon, a veteran Nova Scotia entrepreneur, played a huge role in his understanding of “what the ecosystem needs to look like.” Mr. Deacon says inclusive entrepreneurship is central to Canada’s collective prosperity and Mr. Burgesson has helped him understand that.

“I’ve been troubled when I hear people only thinking about inclusivity and equity as being a social issue, not an economic issue,” Mr. Deacon said in an interview. “I just find that [to be] a limiting perspective, especially when you consider, in Canada, the tiny percentage of corporate board members and executive suite members who are racialized in this country.”

He said the result is a lack of perspective around the table, adding that government needs to listen to groups such as BBI to understand what really is needed and “funnel support through to them.”

Dr. Harvi Millar, the author of the BBI study, said a sector strategy focused on the specific needs of Black-owned businesses is needed at the federal and provincial levels to address the systemic barriers facing those businesses.

Indigenous-owned businesses, Mr. Googoo said, need more exposure to reputable Indigenous development partners, such as Ulnooweg, so they feel comfortable applying to programs that can increase their capacity.

Mr. Burgesson’s next step is to find ways to get more Black and Indigenous youth involved in STEM programs. He says it starts with having “successful Black, Indigenous or people of colour who are in entrepreneurship” because, ultimately, “you can’t be what you can’t see.” 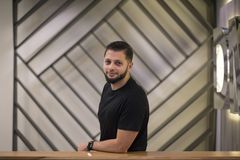 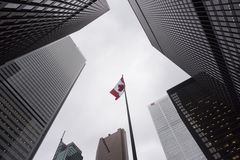 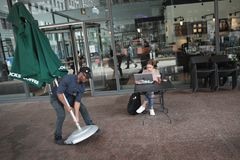