When we told you in March of CEO John Chen’s lucrative contract extension at BlackBerry Ltd. − stock awards designed to be worth more than US$300-million − we also knew Mr. Chen was in line for a cash bonus, amount to be named later.

Shareholders scouring the company’s proxy statement now know the number: Mr. Chen is in line for a possible US$90-million award, on top of the shares BlackBerry granted him. That means Mr. Chen could make more than US$400-million in the next five years, based largely on whether investors sufficiently favour the company’s shares.

It’s possible the generous package − negotiated with Mr. Chen by BlackBerry investor and lead independent director Prem Watsa − will raise a few questions at the company’s annual meeting this week. And it’s also possible it will contribute to a less-than-enthusiastic vote by shareholders in the company’s “say on pay” measure. One of the major proxy services, which provide advice to shareholders on how to vote, has recommended voting against the executive pay plan.

To recap: BlackBerry said in March it was in the midst of a turnaround of “historic” proportions, in no small part due to Mr. Chen’s leadership. The company was the inventor of the smartphone and was once Canada’s shining tech star, then fell badly behind competitors in the smartphone race.

Under Mr. Chen, it’s refashioned itself as a software company, positioned in “the enterprise of things,” the idea that the internet is allowing us to remotely control the home, cars and all sorts of objects. The transformation has been massive, with employee head count down by 80 per cent and revenue down by 95 per cent.

Not necessarily down, however, is executive compensation. Mr. Chen’s new pay package, when chopped into annual amounts, would put him consistently at the top of Canada’s corporate pay leaderboard, even before the potential US$90-million cash award we now know about.

Much of the value of the package is driven by the performance of BlackBerry stock, so it’s easy to say he wins only if shareholders do. In the deal, Mr. Chen received 10 million shares of restricted stock. Five million shares have a performance-based requirement, vesting in equal amounts from 2019 to 2022 only if BlackBerry shares rise from US$16 to US$20. (BlackBerry’s stock compensation plan is based not on TSX trading, but on the NYSE, where the shares closed US$12.31 on Friday.)

The other half of the award – or five million shares – “vests,” or becomes saleable, in five equal amounts. This time-based restricted stock is falling out of favour, because it retains its original value even if the shares never go up.

And the “performance-based cash award” is worth US$90-million, we now know, when BlackBerry shares reach US$30, anytime before Nov. 3, 2023, when his contract expires. (The company, asked why it did not disclose the amount of the potential cash award in March, declined to comment on that or any other element of this story.)

At a BlackBerry share price of US$30, the combination of stock and cash would be worth $390-million. Mr. Chen also receives a US$1-million annual salary and guaranteed bonus of at least US$2-million, bringing the five-year total to US$405-million if BlackBerry can hit US$30.

In its proxy statement, BlackBerry says “the board has tremendous confidence in Mr. Chen and considers his leadership to be critical to the development of the Company’s business and the growth of shareholder value over the long term.” The compensation package, developed with the assistance of consulting firm Frederic W. Cook & Co., Inc., was designed “to reflect his demonstrated track record, external market practices and the importance of close alignment of the Company’s leadership with long-term shareholder interests.”

Proxy-advisory firm Glass Lewis & Co. found the package problematic enough to recommend shareholders vote “no” in the company’s advisory vote on executive compensation. The firm acknowledged that BlackBerry has placed performance criteria on some of the shares − unlike the 13 million share award it made to Mr. Chen in 2013, when he took on the turnaround effort − but said the size of the new time-based grant “is still excessive on its own.”

And with the stock price being the only performance criteria, Glass Lewis says, “shareholders should be concerned with the absence of a rigorous performance formula. We believe shareholders benefit when compensation levels are based on the extent to which performance exceeds or falls below targets and are thus demonstrably linked to the performance of the company.”

Institutional Shareholder Services (ISS), the older and more widely followed advisory service, recommends a “yes” vote on BlackBerry’s say-on-pay resolution, however. “When Chen was hired from the U.S. in 2013 to turn the company around, the company was in a state of dramatic decline,” ISS writes. “The fall has been arrested and the company has done exceptionally well in the [current fiscal year], both in terms of shareholder experience and operations. The pay opportunity offered by his contract is very high by standards of the Canadian market, but similar to other technology giants in the U.S.”

ISS recommended a “no” vote last year, contributing to BlackBerry receiving just 75-per-cent shareholder approval in the compensation advisory vote. Given its, and BlackBerry’s, turnaround, shareholders may actually give the company more say-on-pay support this year − even if some feel they have more than 400 million reasons not to. 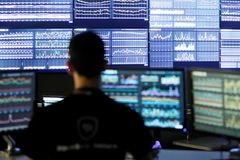