BlackBerry Ltd. said Thursday its quarterly financial announcements comply with U.S. securities laws, responding to a news article that said the company was violating rules that govern the presentation of earnings and revenue figures.

MarketWatch, in an article headlined, BlackBerry Violates SEC Rules with Use of Non-standard Metrics, said the company highlighted a “non-GAAP revenue” number, “a metric the regulator does not allow.” This, MarketWatch said, “put[s] the company at risk of an enforcement action from the U.S. Securities and Exchange Commission.”

The SEC has detailed rules on measures that do not conform to generally accepted accounting principles, or GAAP. The SEC has the power to bring enforcement actions against companies that violate them. Canadian securities regulators, concerned about the widespread use of the measures, are trying to turn their guidelines on non-GAAP into regulations, which would give them similar enforcement power.

BlackBerry has used the measures for some time, and the SEC has queried the company in the past on its revenue-recognition practices. The Globe and Mail reported in December, 2016, that the SEC’s accountants had written letters to BlackBerry the previous June about the ways it recognized patent revenue. The SEC concluded its dialogue with BlackBerry on that issue that year, and the SEC has not released any further correspondence with BlackBerry.

Starting in late 2015, BlackBerry began promoting the use of “non-GAAP revenue” as it integrated Good Technology, a software company it acquired that year. Good Technology had what’s called “deferred revenue,” when it collected cash from a customer for a piece of software, but had future obligations, such as maintenance or upgrades. That meant some of the revenue had to be recognized later, when the obligations were met.

According to Veritas Investment Research, which wrote a report on the matter at the time, after BlackBerry used acquisition accounting, it had to end the future recognition of Good Technology’s deferred revenue. BlackBerry’s “non-GAAP revenue” added back those deferred sales that Good Technology would have been recognizing, had it still been a stand-alone company.

The SEC has provided guidance that outlines examples of “potentially misleading” non-GAAP measures “that could violate” regulations. One example: “presenting non-GAAP revenue that accelerates revenue recognition as though the revenue was earned sooner than for GAAP purposes.” BlackBerry’s non-GAAP revenue isn’t technically “accelerated,” however, since it never would have been recognized in the first place.

Wednesday’s earnings release said GAAP revenue was US$247-million, but non-GAAP revenue was US$20-million higher, at US$267-million. The difference, the company said, was from “software deferred revenue acquired but not recognized due to business combination accounting rules.”

Probes Reporter, a Minnesota research firm that uses U.S. Freedom of Information laws to request SEC records and evaluate the responses, said BlackBerry was subpoenaed by the SEC in 2017 in an investigation of Good Technology. According to documents the SEC provided to Probes Reporter, the San Francisco office of the SEC opened In the Matter of Good Technology Corp. on March 1, 2017. While Good Technology had been a private company, it had filed a registration statement for its stock in 2014, which made it subject to SEC jurisdiction.

After BlackBerry acquired Good Technology, BlackBerry had to respond to the SEC queries. BlackBerry made seven requests to the SEC for confidential treatment for a total of 670,111 pages of records from July, 2016, to August, 2017. SEC documents provided to Probes Reporter show the regulator closed the case Jan. 30, 2018.

The Globe highlighted BlackBerry in September, 2016, stories on a Veritas report on the increasing use of non-GAAP metrics in Canada. How BlackBerry Instantly Turned a $670-million Loss into Break-even Performance” showed how the company excluded 10 different expenses across 13 areas of the income statement when calculating “non-GAAP net income." 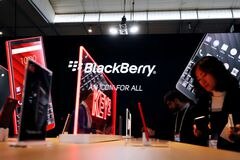 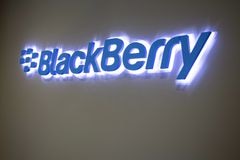 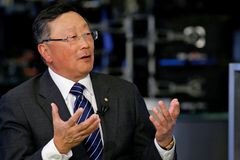