BlackBerry Ltd. has sold 90 patents to controversial Chinese technology giant Huawei Technologies Co Ltd., part of a broader effort by the Waterloo, Ont., smartphone pioneer to unload most of its intellectual property.

Records from the U.S. Patent and Trademark Office, or USPTO, show that BlackBerry assigned ownership of the patents to Huawei on Dec. 23. They represent a tiny fraction of BlackBerry’s trove of 38,000 patents but cover many key advances dating from when it was the world’s leading smartphone maker to protect the intellectual property around its handheld devices.

While the sale is the latest step in BlackBerry chief executive officer John Chen’s multiyear efforts to refocus the company, it raises questions about the Canadian government’s innovation strategy and its commitment to protect key assets from falling into the hands of foreign companies, particularly those whose motives have raised alarms among Canada’s national security allies.

BlackBerry looks to sell majority of its patents as it refocuses

“It is long past due for Canada to take the ownership and retention of intellectual property [IP] acquisitions and cybersecurity threats,” said Waterloo patent lawyer Jim Hinton and co-founder of Innovation Asset Collective, a patent collective funded by Ottawa to help Canadian innovators.

“The Huawei patent acquisition appears to include BlackBerry security-related patents. ... There are so many creative and shrewd alternatives to this full-out sale – such as retention of defensive rights for Canadian companies or critical cybersecurity assets – that could have been done in this deal. But it takes understanding and political will.”

Huawei Canada spokesman Alykhan Velshi said in an emailed statement, “we don’t comment on our commercial activities. Huawei has been in Canada for more than a decade and employs more than a 1,000 people here. We remain committed to Canada.”

The patents sold include some granted from 2007 to 2009 that cover such innovations as the presentation of text and images on a device according to its orientation, obtaining GPS data for geotagging digital photos, and sharing data to a group of mobile devices. Other more recent patents cover “access control request on a communication device” and “system and method for transferring data between electronic devices.” Terms of the sale were not available.

A Blackberry spokeswoman confirmed the company had “sold/transferred 90 US patents to Huawei, permitted under applicable rules.” She called the transaction “very small...and not part of an ongoing arrangement.”

In an interview with The Globe and Mail after announcing his impending departure from federal politics, outgoing innovation minister Navdeep Bains declined to comment on the specifics of the BlackBerry-Huawei deal, but said the government has a “robust Investment Canada Act that looks at transactions when it comes to national security. We’ve used [it] in the past to support Canadian businesses and to support economic interests, as well as our national security interest. ... We’ve got the tools and the legislation in place to protect Canadians,” he said.

The patent deal, along with an additional, smaller acquisition by Huawei of 18 patents from Japanese auto supplier Denso last month, was first reported Tuesday by IP industry journal IAM.

BlackBerry, Canada’s biggest patent holder, has been looking to sell tens of thousands of patents, IAM and The Globe reported in November. Patents on the block include IP in areas where BlackBerry was a trailblazer but is no longer a player, such as mobile instant messaging and social collaboration tools. The company is expected to retain several thousand more patents as they underlie its current businesses, which include cybersecurity and building computer operating systems for cars.

Mr. Chen has been trying to lead BlackBerry to renewed success and chart a more rewarding path for investors since joining in 2013. He has managed the company’s exit from the smartphone business, cut costs and shifted into new software businesses. But the stock price has remained stuck below US$10 a share for much of his tenure.

One bright spot has been BlackBerry’s ability to generate cash from its patents by pursuing licensing deals with other firms, typically by negotiating with companies it maintained were using its IP, or by suing companies such as Facebook, Twitter and Snap it said owed the company for the privilege.

Patent experts have speculated that most of BlackBerry’s patents would likely end up owned by a non-Canadian company and deal a blow to the country’s efforts to stoke an innovation-led economy after tentative steps by the government to improve Canada’s poor reputation for commercializing ideas.

BlackBerry is the only Canadian company on IFI Claims Patent Services’ annual list of the 250 biggest patent owners in the world, published Tuesday, placing 55th. It was one of Canada’s top 20 spenders on research and development in 2019 and number one 10 years ago, according to Research Infosource.

The emergence of Huawei as a buyer complicates the issue further. Huawei in recent years has become one of the world’s busiest patent filers, ranking ninth last year with 2,761 patents granted by the USPTO – ahead of Amazon, Samsung and Google, according to IFI. Huawei ranks 24th on the list of biggest patent owners, moving up four spots since 2019.

Huawei, a key industrial champion of the Chinese economy, has been accused of benefiting from alleged Chinese theft of trade secrets from now-defunct Nortel Networks Corp. It is seen by many in the international intelligence community as closely linked to the Chinese government, considered to be one of the leading state sponsors of cyberattacks and corporate espionage.

The United States and Australia have barred Huawei from supplying gear to their next-generation 5G telecommunications networks over concerns its technology could be used for espionage and to exert pressure and control of others countries’ infrastructure. Britain has said companies must remove Huawei gear from 5G networks by 2027. New Zealand rejected a proposal by one domestic wireless firm to use Huawei in its 5G network but has not instituted a general ban against its gear.

The Canadian government has not to date followed major allies in banning or restricting Huawei from new 5G wireless networks – despite studying the matter for more than two years – but major wireless providers including BCE Inc., Telus Corp. and Rogers Communications Inc. have opted to use 5G gear from Finland’s Nokia, Ericsson of Sweden or South Korea’s Samsung.

“In this particular case, the government’s inaction with Huawei, specifically to dealing with them in the 5G network and any other security issues that there may be with Huawei, is just not acceptable. It’s time for them to pick a lane and deal with the specific issues related to Huawei and potential security issues. I think it’s clear our partners [in the Five Eyes national security alliance, the U.S, Britain, Australia and New Zealand] have already made their position quite clear, that they’re not going to do business with Huawei in 5G. There is a definite concern regarding security risk with dealing with Huawei.”

Relations between Canada and China have been frosty for more than two years since police in this country arrested Huawei executive Meng Wanzhou on behalf of U.S. authorities, who want her extradited to face allegations she misrepresented Huawei’s business dealings, causing global bank HSBC to violate U.S. sanctions against Iran.

Meanwhile, a Globe investigation in 2018 revealed Huawei had established a vast network of relationships with leading research-heavy universities in Canada to create a steady pipeline of intellectual property that the company is using to underpin its market position in 5G.

“The acquisition of Canadian IP by Chinese companies is certainly not surprising,” Mr. Hinton said. “Canadian-generated IP is some of the best globally and we’ve been easy hunting ground for years.”

He added the acquired patents “can now be used by Huawei, a so-called partner to over a dozen Canadian universities, to sue Canadian companies in global markets. It is long past due for Canada to take the ownership and retention of IP seriously through a structured review of IP acquisitions and cybersecurity threats.” 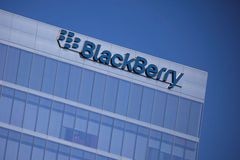 Huawei could face a difficult 2021 with key semiconductor supplier cut off by U.S. sanctions
January 6, 2021 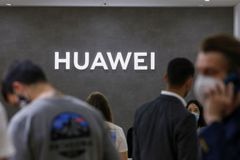