BlackBerry Ltd. shareholders voted in favour of an executive pay package on Wednesday that could see chief executive officer John Chen earn more than US$400-million over the next five years.

At its annual meeting in Waterloo, Ont., BlackBerry investors voted 90.6 per cent in favour of a compensation package that puts Mr. Chen in line for an additional US$90-million, on top of stock awards designed to be worth more than US$300-million granted when the CEO received a five-year contract extension in March.

Mr. Chen has become the de facto face of a multiyear turnaround at BlackBerry that has seen the smartphone pioneer reframe itself as a secure-data-transmission company, with clients such as governments, enterprise businesses and even connected-car manufacturers. The CEO’s “performance-based cash award,” only recently made public, depends on whether he can pull this off – namely, if he can get BlackBerry’s shares out from the doldrums to reach US$30 on the New York Stock Exchange any time before Nov. 3, 2023, when his contract expires. Those shares sat at just less than US$12 in Wednesday afternoon trading on the New York Stock Exchange.

Mr. Chen also receives a US$1-million annual salary and guaranteed bonus of at least US$2-million, bringing the five-year total to US$405-million if the stock hits its target.

Proxy-advisory firm Glass Lewis & Co. had recommended shareholders vote against Mr. Chen’s package, saying the size of the new time-based grant “is still excessive on its own.”

But Institutional Shareholder Services (ISS) recommended a “yes” vote, saying “the pay opportunity offered by his contract is very high by standards of the Canadian market, but similar to other technology giants in the U.S.”

“When Chen was hired from the U.S. in 2013 to turn the company around, the company was in a state of dramatic decline,” ISS writes. “The fall has been arrested and the company has done exceptionally well in the [current fiscal year], both in terms of shareholder experience and operations.”

No shareholders at Wednesday’s meeting expressed concern over the pay package, which was developed by BlackBerry investor and lead independent director Prem Watsa, along with independent compensation consultant Frederic W. Cook & Co.

The company did not make its board or executives available to media prior to or after the event. “The Board has tremendous confidence in Mr. Chen and considers his leadership to be critical to the development of the Company’s business and the growth of shareholder value over the long term,” the company wrote in its proxy statement last month.

BlackBerry beat analyst expectations last quarter, which ended Feb. 28, breaking company records with US$212-million revenue in its software-and-services division – one that accounted for 91 per cent of total revenue that quarter and is a crucial division in its turnaround plan.

At the meeting on Wednesday, Mr. Chen told investors that while “nothing has changed” about the former smartphone leader’s pivot to securing data for enterprise business software, the public outcry for greater data privacy this year in the wake of Facebook Inc.’s data-misuse scandal has pushed BlackBerry to further highlight its focus on secure software.

“In the last few months and year, the whole concept of mobility, safety, and privacy and security is coming together; [it’s] extremely topical for our customers in the market,” Mr. Chen said, not explicitly naming Facebook, but referencing its scandal with data co-opted by the political consulting firm Cambridge Analytica. While the company’s secure “enterprise of things” strategy remains the same, he said, “now we refined it into knowing more about how BlackBerry is going to benefit from where the market is going.”

Mr. Chen dropped a few hints about BlackBerry’s future plans Wednesday, including that it would begin tying together numerous secure-software-related endeavours into a centralized, open platform upon which other companies could develop applications.

The company also announced Wednesday that its hardware-outsourced latest phone, the KEY2, would be available in Canada in early July. It reports first-quarter 2019 financial results on Friday.​ 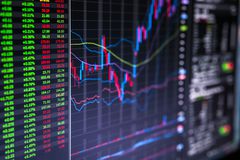 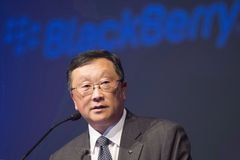 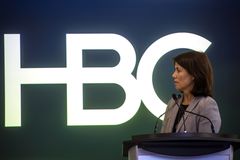