Former smartphone leader BlackBerry Ltd. keeps planting signposts along the path to a turnaround, reporting a smaller quarterly loss Wednesday than a year ago as revenue from software and services keeps marching upward.

Its US$212-million software-and-services revenue, up from US$182-million a year ago, broke the division record in an individual quarter, the company said, adding that about 70 per cent of that revenue was recurring, excluding intellectual-property licensing and professional services. Shares jumped more than 3 per cent when markets opened Wednesday, but closed down 1.4 per cent at $15.76 on the Toronto Stock Exchange.

Revenue from handheld devices, meanwhile, fell to just US$2-million – from US$55-million a year earlier – as the company continued its deliberate exit from that market.

The quarter marked the end of BlackBerry’s 2018 fiscal year. In a conference call with analysts, Mr. Chen said he expected software-and-services billings growth to be in the double digits in 2019. Beyond adding new partnerships with other technology and legacy companies, he said there is potential for growth among major clients, including the U.S. and German governments; in less-tapped markets such as Japan, South Korea and China; and sectors such as health care and energy.

“Not everything will work perfectly – I know that – but if we work at it, we might see a good run there,” Mr. Chen said.

He also said the company is looking toward M&A opportunities in 2019: “We certainly are talking to enough people.”

On the conference call, Trip Chowdhry of Global Equities Research called BlackBerry’s quarter “fabulous.” And in a research note, Paul Treiber of RBC Dominion Securities called it a “solid Q4” thanks to the increase in software-and-services revenue.

Even since its most recent quarter ended, BlackBerry has made further strides in its pivot to that business. In the past week and a half – after it signed Mr. Chen to a five-year contract extension worth as much as US$300-million – BlackBerry landed two deals intended to strengthen its transition to a secure-software company.

The Waterloo, Ont., firm will license its QNX software and Certicom security technology to Jaguar Land Rover Ltd., giving it an upper hand in the luxury connected-car market. The company also announced it would provide security capabilities to Microsoft Corp. mobile products, bridging a divide with what was once a rival in the smartphone market.

The deals both boosted BlackBerry’s share price, which has risen almost 80 per cent on the New York Stock Exchange this past year.

The company sees significant potential in QNX, especially as companies such as Uber race to build self-driving vehicles.

“The auto ecosystem is now recognizing the increased importance of safe and reliable software use in autonomous vehicles,” Mr. Chen said.

But he also noted that QNX revenue had risen 31 per cent year over year, in large part thanks to more standard “connected” cars, helping to power in-car entertainment, navigation and other systems. “We build most of our business on the connected car,” he said.

ROB Magazine
BlackBerry on the rebound: John Chen’s plans to save the tech icon actually seem to be working
Subscriber content
March 27, 2018 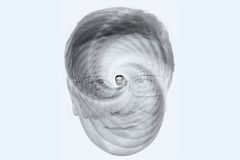