Mark Wiseman’s ouster from investment giant BlackRock Inc. over his failure to disclose an affair with a colleague marks an abrupt exit for one of the most powerful Canadians on Wall Street.

Mr. Wiseman left his senior post at the world’s largest asset manager on Thursday because he had a relationship with a colleague who reported to him. An internal memo sent to employees by chairman Larry Fink and president Rob Kapito said Mr. Wiseman violated the firm’s policy on workplace relationships.

Mr. Wiseman had been global head of active equities at BlackRock and chairman of the firm’s alternative-investing operations prior to his departure. His wife, Marcia Moffat, runs BlackRock’s Canadian operations.

“I am leaving BlackRock because in recent months I engaged in a consensual relationship with one of our colleagues without reporting it as required by BlackRock’s Relationships at Work Policy,” Mr. Wiseman wrote in an internal memo. “I regret my mistake and I accept responsibility for my actions.” He did not reply to a request for comment.

Related: Office relationships are costing a growing number of top executives their jobs

The departure marks a swift and stunning reversal of fortune for a man who had risen to the top echelons of the global investment business. A lawyer by training, he has clerked for Beverley McLachlin at the Supreme Court of Canada and worked at blue-chip law firm Sullivan & Cromwell in New York and Paris. He moved into private capital in 2000 and made a name for himself during a four-year stint in the private equity investing group at Ontario Teachers’ Pension Plan.

Mr. Wiseman joined Canada Pension Plan Investment Board in 2005 and was instrumental in increasing the fund’s investments in alternative assets such as infrastructure and real estate. He also pushed for increasing the fund’s investment risk tolerance – a departure from its roots investing almost exclusively in ultrasafe government bonds. “If we don’t lose money in investments, we’re not taking enough risk," he told The Globe and Mail in 2012.

While at CPPIB, Mr. Wiseman deepened his personal relationship with BlackRock’s Mr. Fink, and the two worked together on a group called Focusing Capital on the Long-Term that was created to preach long-term thinking for major investors. He joined BlackRock soon after, trading a pension fund that now manages $409-billion for a company that manages US$6.8-trillion.

Although the relationship that led to his exit was consensual, Mr. Wiseman did not report it internally. The company has had a long-standing requirement that “any employee involved in a romantic relationship with another BlackRock employee report this relationship to their managers and human resources so that any concerns about fairness and/or conflicts of interest can be addressed,” its human-resources policy says.

The policy applies to people in every geographic region, department or rank within the organization, and requires the company to evaluate a relationship once it is reported, according to someone familiar with its application. The Globe is keeping the source confidential because they were not authorized to speak publicly.

The identity of the woman involved with Mr. Wiseman has not been disclosed, and BlackRock would not comment on her role at the company, or whether she was also required to leave.

Ms. Moffat joined BlackRock’s Canadian arm in 2015, one year before Mr. Wiseman. Before that, she was a senior-vice president at Royal Bank of Canada. She declined to comment on Thursday.

Relationships at work have become a hot topic in recent years, as more senior executives have lost their jobs for romantic relationships with subordinates. In November, McDonald’s Corp. fired its chief executive for engaging in a consensual relationship with an employee that violated company policy.

“We spend most of our time at work and a lot of our relationships are based around work. Practically speaking, it’s not really feasible to ban relationships,” he said, adding that he advises clients instead to implement policies that address any conflicts of interest that could arise, particularly where there is a power imbalance between the employees.

Recent court rulings show that in cases where employees fail to disclose a relationship, companies will have stronger grounds to dismiss them with cause, Mr. Rudner said. “It’s not because of the relationship. It’s usually because of a combination of a breach of policy and dishonesty as well,” he added.

Mr. Wiseman’s exit marks the second time this year that BlackRock has fired an executive committee member. In July, Jeff Smith, the former head of global human resources, left after 10 years with the company when he failed to adhere to a company policy.

In their memo to employees on Thursday, Mr. Fink and Mr. Kapito said BlackRock’s corporate culture has been one of its greatest strengths.

"It is deeply disappointing that two senior executives have departed the firm in the same year because of their personal conduct,” the memo said. “This is not who BlackRock is. This is not our culture. We expect every employee to uphold the highest standards of behavior. This is especially critical for our senior leaders.” 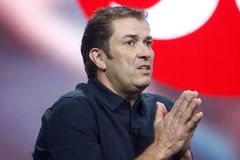 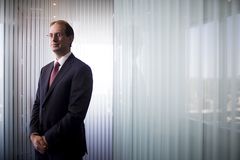 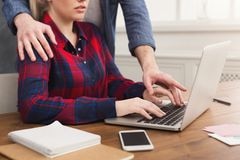