BluWave-AI, an Ottawa-based cleantech startup, has signed a three-year deal with India’s largest integrated power company to use its cloud-based technology for allowing more renewable energy onto electricity grids.

The agreement with Tata Power represents BluWave-AI’s largest to date, and the company is announcing it weeks before it begins its next funding round to double its financial wherewithal. The companies did not disclose the value of the power-grid agreement, which can be extended by another two years.

BluWave-AI began working with the utility on a test basis just before the pandemic, and despite huge variations in power generation and consumption because of the lockdowns in India, the artificial-intelligence technology worked without a hitch, said Devashish Paul, the company’s chief executive officer.

“We’ve been working on this with them for a multiyear contract,” Mr. Paul said in an interview. “It’s the first AI-enabled energy dispatch in the Indian utility market, and we have ongoing discussions now with other Tata-brand utilities around India to expand these technical capabilities in other parts of the country.”

Including subsidiaries and jointly controlled companies, Mumbai-based Tata Power has an installed and managed capacity of 12,808 megawatts.

Because of COVID-19-related travel restrictions, BluWave-AI’s technical teams could not go to India. They worked with their Indian counterparts virtually through the past year and a half. The technology is operated from Canada.

The company analyzes and regulates power grids to allow more renewable sources, such as wind and solar, to be added while making sure the network remains stable. Typically, a utility decides how much energy consumption is expected the next day, and what power sources it will tap.

Based on BluWave-AI’s technology, the utility will activate contracts it has with suppliers. BluWave-AI also sends intraday dispatches to the utility to fine-tune its system and balance the grid in response to events such as heat waves or outages.

“As you can imagine, a person can’t keep their eyes on all the data coming out of the system. It would be like driving 200 cars in downtown Toronto simultaneously with a computer console,” Mr. Paul said.

Close monitoring of the day-ahead and day-of markets allows the utility to use more renewable energy on its system while keeping it in balance, he said.

Besides power utilities, BluWave-AI is also targeting the electric-vehicle fleet industry, and signed eight global EV customers while the shutdowns related to the coronavirus dragged on.

Mr. Paul, a tech-industry and air-force veteran, said his company’s goal is to remain independent, rather than be bought out by a multinational or foreign private equity player. BluWave-AI, whose seed funding round last year was supported by Sustainable Development Technology Canada, the Crown-owned venture capital provider, is planning to raise $10-million in private investment this fall. It has also set its sights on a Toronto Stock Exchange Venture listing.

A frequent lament in Canada’s tech industry is startups with innovative products and services get acquired before they can become meaningful employers in their own right, with the ability to expand at home.

“We feel if we go down that venture-capital investment path too early, the easiest thing is someone will pick us off and pull us into becoming part of a multinational. We should become the multinational,” Mr. Paul said. 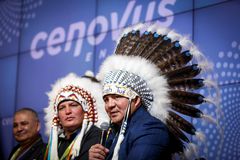 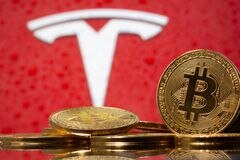 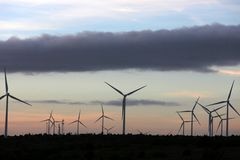