The chief executive officer of Bank of Montreal says the risk of recession in the coming year “remains relatively low,” even as the Canadian and U.S. economies are expanding more slowly.

An inverted yield curve and falling bond yields, combined with softness in key pockets of Canada’s housing markets, have put some investors on edge. Their fears are compounded by evidence that Canada’s economic growth is slowing. Nevertheless, Bank of Canada Governor Stephen Poloz struck a tone that was generally upbeat in a speech on Monday, and set about calming speculation that the central bank might consider cutting interest rates in response to a weaker forecast.

On Tuesday, Mr. White adopted a similarly confident stance, even as he acknowledged some “moderation” in the broader business climate. For the balance of 2019, he expects Canada’s gross domestic product (GDP) will likely rise by roughly 1.5 per cent. “And while that’s slower than last year, it’s moderating. It’s not a screeching halt,” he told reporters.

Mr. White points to low interest rates and inflation, as well as low unemployment, as factors that should help prop up Canada’s economic fortunes. “They don’t line us up to driving ourselves towards a recession," he said. And even after a decade-long expansion, “I’m not in the school that says that bull runs die of old age.”

Slower rates of consumer borrowing have added to investors’ malaise, characterized by sluggish growth in banks’ mortgage portfolios, which threatens to dampen banks’ profits. In the three months that ended Jan. 31, BMO’s mortgage volumes remained flat compared with the prior year, owing partly to BMO’s decision to do less business with outside mortgage brokers. Mortgages issued through BMO’s in-house channels increased by 3 per cent in the quarter – still well shy of last year’s pace of growth.

Slower housing activity is the result of a patchwork of housing conditions in major cities across the country: Montreal, Ottawa and much of Southern Ontario continue to enjoy good conditions, tempered by a muted Toronto market and weakening volumes in Alberta and Saskatchewan, as well as BC Housing sales in Vancouver, which fell to a 33-year low in March. “On a blended basis across Canada, are we going to see a slowing consumer mortgage portfolio? For sure, relative to what we would have seen last year or the year before," Mr. White said. “But still growing, for sure.”

A new measure to help first-time home buyers with down payments by having the Canada Mortgage and Housing Corporation offer zero-interest loans is “a step in the right direction," he said.

And even as short-sellers increasingly target Canadian banks, making bets on bearish views of Canada’s housing markets, Mr. White insists their concerns are overblown. “I don’t lose sleep over this question, personally," he said. “And in any event, I think the market is a lot healthier than some people think it is.”

Rather, he contends that it was “both healthy and expected" for customers to check their borrowing, at a time when household debt levels were reaching historic highs. “The consumer portfolios ... are still very healthy from a credit perspective, and that’s very important," he said.

For now, weaker mortgage activity has been offset to some degree by rapid growth in commercial lending. BMO’s commercial portfolios increased by 14 per cent in Canada and 13 per cent in the United States in the fiscal first quarter, compared with the prior year. At BMO’s annual meeting, Mr. White described small-business clients as “the people driving the ‘real economy,'" and said the “good performances of the businesses they own and operate” are a reason for optimism.

Yet, even among small businesses, there are signs that the boom in borrowing can’t last forever. In the United States in particular, “what we’re seeing is a little bit of moderation in the commercial spending patterns," Mr. White said. So far, it’s “not significant.” 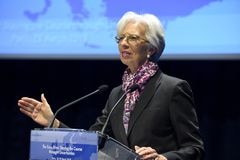 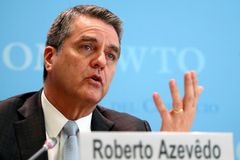