The Bank of Montreal (BMO-T) is denying it is responsible for the loss of tens of millions in savings for a group of clients who claim their money was incorrectly placed in high-risk trading accounts.

Last summer, 27 individuals from 12 families filed two separate multi-plaintiff court cases against Yujie (Jared) Liu, a financial adviser and portfolio manager with BMO Nesbitt Burns Inc. The group is asking for $50-million in damages for losses they allege they suffered as a result of Mr. Liu’s negligence in managing their investment accounts.

The case also named BMO Nesbitt Burns, alleging a lack of compliance oversight by the company, and Mr. Liu’s daughter, Cherry Liu, an investment adviser who took over her father’s accounts in May, 2019, when he went on a leave of absence.

In its statement of defence, BMO asks the Ontario Superior Court to dismiss the claims by the 12 families, stating the group members were all “sophisticated, knowledgeable investors who could tolerate and embraced the risks associated with the investment strategies they chose to pursue in their accounts at BMO Nesbitt Burns.”

“The investment recommendations made to our clients were appropriate for their investment objectives - which includes risk tolerance - and investor profiles,” BMO said in an e-mailed statement to The Globe and Mail. “We stand by our recommendations.”

Last year, the group of clients filed two lawsuits alleging that during 2017 and half of 2018, Mr. Liu recommended a new investment strategy that would provide “reasonable” investment returns that was “risk-free” to their principle. The groups’ statements of claim say many of them had low-risk investment objectives and chose Mr. Liu because he could speak Mandarin and they were not proficient in English.

The claims say that instead, investors were placed in a high-risk strategy that involved short-selling bonds – particularly Canadian government bonds – to purchase long positions in preferred shares, many of which had rates that were variable or that reset based on interest rate movement. Some clients were advised to begin trading on margin – investing with borrowed money – in order to purchase more preferred shares.

The value of some clients’ investments declined between 50 per cent and 80 per cent, with losses ranging from $600,000 to $16-million, the claims say.

Clients allege Mr. Liu changed their investment risk documents without their consent - forms that were provided to them in English and not reviewed with them in Mandarin.

But in the statement of defence, which was filed at the end of November, BMO says investors were not reliant on their investments for living expenses, were seeking high returns using a long-term strategy and were “fully informed” and aware of the risks.

“Mr. Liu explained to [his clients] the long-term historical performance of preferred shares and informed them of their price volatility, ...” BMO said in the statement of defence.

“... In addition, Mr. Liu reviewed the risks and features of purchasing on margin and short-selling securities, including government of Canada bonds, with [clients] prior to implementing the investment strategy.”

The court has ordered pretrial cross-examinations to take place in the spring. It has also ordered a settlement conference - also known as a mediation - before June 30, and a trial date will be set afterward for any parties that do not settle.

Peter Jervis, a partner with Rochon Genova LLP and litigator for the group of investors, called BMO’s statement of defence “perfunctory.” 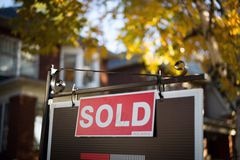 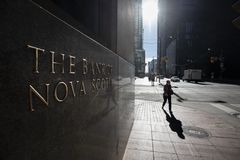 Opinion
How Canadian consumers can be an economic engine driving Canada toward recovery
December 30, 2020 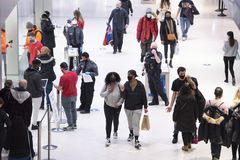