Bank of Montreal expects losses on loans to businesses will spike amid the coronavirus pandemic, but executives are trying to calm investors' concerns that the bank could be unduly exposed to struggling companies.

Canada’s fourth-largest bank is one of North America’s largest commercial lenders, and loans to businesses have been its strongest tool to increase the bank’s revenue in recent years. Yet, as the spread of the novel coronavirus tipped the global economy into recession, some investors see BMO’s heavier reliance on lending to businesses as a liability, which has weighed on the bank’s share price.

In a virtual event for investors held Wednesday, BMO confronted those concerns, with a series of executives making the case that the bank has kept its appetite for risk steady, structured loans to businesses carefully and spread the risk across a diverse range of industries. Yet, with demand for new loans down and pressure on companies rising, especially among small and medium-sized businesses, the worst of the pain is still to come.

“What we’re seeing this year is not surprising,” said Pat Cronin, BMO’s chief risk officer, at Wednesday’s presentation. “Business lending will likely experience higher losses than consumer lending during a severe economic downturn. We saw that in 2008, and we’re seeing that again in 2020 due to [COVID-19].”

While those losses surge in times of crisis, he expects they will be lower on average over the next decade than loans to consumers, he said.

Yet, investors have been hesitant to give BMO full credit for its success in making large numbers of new commercial loans until it proves in a downturn that it hasn’t taken undue risks to win that business.

“We expect lagging commercial loan growth to weigh on overall loan growth in the next few years, which may be a relatively larger drag on BMO considering its business mix," said Gabriel Dechaine, an analyst at National Bank Financial Inc., in a note to clients on Wednesday.

BMO’s commercial business in Canada and the United States generated $6.6-billion in revenue last year, or 29 per cent of the bank’s total revenue, up from 23 per cent a decade ago. That rise has been fuelled by especially rapid growth in 2018 and 2019, as BMO opened new offices in cities such as Dallas, Atlanta and Los Angeles. Loans generated in those two years now make up about a quarter of BMO’s commercial loan book.

At Wednesday’s event, Mr. Cronin noted that those new loans have a lower average likelihood of default, and while they account for a larger share of impaired loan balances since the pandemic began, the increase has been modest.

“The only remaining question is whether the growth came at the expense of credit quality,” he said, “and the answer to that is no.”

The bank has also bulked up a team that intervenes early with business clients that are under stress. BMO says it boosted the capacity of the Special Account Management Unit, as it is known, by about 50 per cent, and can expand it further if necessary. When commercial loans default, BMO loses about 30 cents on every dollar the client owed, on average.

“We must give credit to BMO’s management team for identifying a key pressure point for investors, as well as providing data-driven counterarguments to pre-existing concerns," Mr. Dechaine said. “However, we believe the proof is in the pudding and investors will maintain a cautious stance on commercial lending exposures until results back up BMO’s message.” 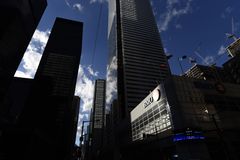 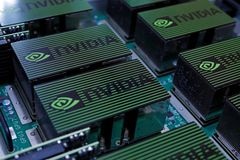