Michelle de Cordova is a Principal and Rebecca Zentner-Barrett is an Associate at ESG Global Advisors.

For North American board diversity, 2019 was a landmark year. July saw the announcement that the last all-male S&P 500 company board had recruited a female director, while a September survey found no S&P/TSX Composite boards with zero female directors.

This was welcome news, but progress in increasing the percentage of female directors remains slow. It is worth recalling that in a U.K. survey, one of the top excuses made by board chairs when asked why they did not have more women directors was: “we have one woman already on the board, so we are done – it is someone else’s turn.”

Canadian boards that have recruited their first female director would be advised not to rest on their laurels. In fact, shareholder pressure to improve corporate diversity is just getting started.

Some of Canada’s largest investors have recently strengthened their proxy voting guidelines in this area. Ontario Teachers’ Pension Plan, British Columbia Investment Management Corporation, Alberta Investment Management Corporation and RBC Global Asset Management are just a sample of the institutional investors to have published expectations that boards should have more than just one female director, in order to avoid a vote against re-election of the directors responsible for nominating board candidates. Companies cannot lay the blame on proxy voting advisers here: when it comes to board diversity, the baseline policies of the two most prominent proxy advisers, Institutional Shareholder Services and Glass Lewis, are less stringent than the custom voting guidelines of these investors.

Further ratcheting-up of voting guidelines on board gender diversity should be anticipated, given how many large and influential investors are represented in the 30% Club of Canada’s Investor Group, which is committed to “exercise our ownership rights, including voting and engagement, to effect change on company boards and within senior management.” It aims to achieve a minimum of 30 per cent female representation on boards and at the executive level by 2022.

Is it enough for the nominating committee to work on recruiting additional female directors? That would be advisable, but still insufficient. The shareholder discussion on corporate diversity that started with representation of women on the board is evolving outwards and downwards, to include forms of board diversity beyond gender, along with diversity throughout the organization.

During consultations about the Canadian Securities Administrators’ board gender diversity disclosure requirements, institutional investors expressed a desire to include other forms of diversity in proxy voting and engagement but noted that they were hampered by the lack of reliable data. That is about to change, at least for a segment of Canadian companies.

Recent amendments that come into effect January 1, 2020 will introduce diversity disclosure requirements beyond gender for public companies governed by the Canada Business Corporations Act. Companies will need to disclose the number and percentage of members of the board and senior management who are women, Indigenous persons, visible minorities, and persons with disabilities. As this information becomes available, we expect to see investor stewardship expand to address more forms of board diversity.

The scope of stewardship on diversity is also expanding from the boardroom to the broader workforce. For example, there has been increasing support for shareholder proposals targeting gender and race-associated pay gaps at U.S. companies, while larger companies in the U.K. are now required to report on gender pay differentials. This topic is now on the engagement agenda in Canada.

In 2019, four Canadian financial services companies received shareholder proposals asking them to disclose the pay gap between female and male employees. Shareholder proposals represent the tip of the iceberg when it comes to investor engagement, so boards should anticipate a wider range of questions about how they are approaching diversity, inclusion and equality within their organizations.

But the most important reason for boards to reject “one and we’re done” thinking on gender diversity is not to avoid the risk of difficult conversations with institutional investors, but to embrace an opportunity to enhance governance capacity and generate value. Investor interest in board diversity is not driven mainly by equality concerns: research suggests that the strongest correlation between board diversity and corporate value begins to emerge when a critical mass of diversity on the board is achieved, usually pegged to at least 30 per cent female directors.

Boards that have adopted a more structured approach to director recruitment to look outside existing networks for that first female director should not put that approach aside after they find her. A wider pool of potential director candidates is not just important to increase diversity. At a time when boards face new expectations to provide effective oversight and disclosure of material financial, environmental, social and governance risks and opportunities, boards need access to an expanded range of expertise and insight. On diversity, one is not done – it is just the beginning. 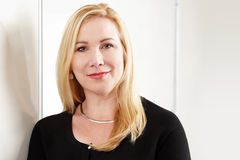 Opinion
Diversity: Corporate Canada just needs to get on with it
November 5, 2019 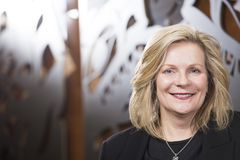 Opinion
How management teams can break the deadlock on gender diversity
October 25, 2019 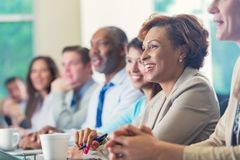